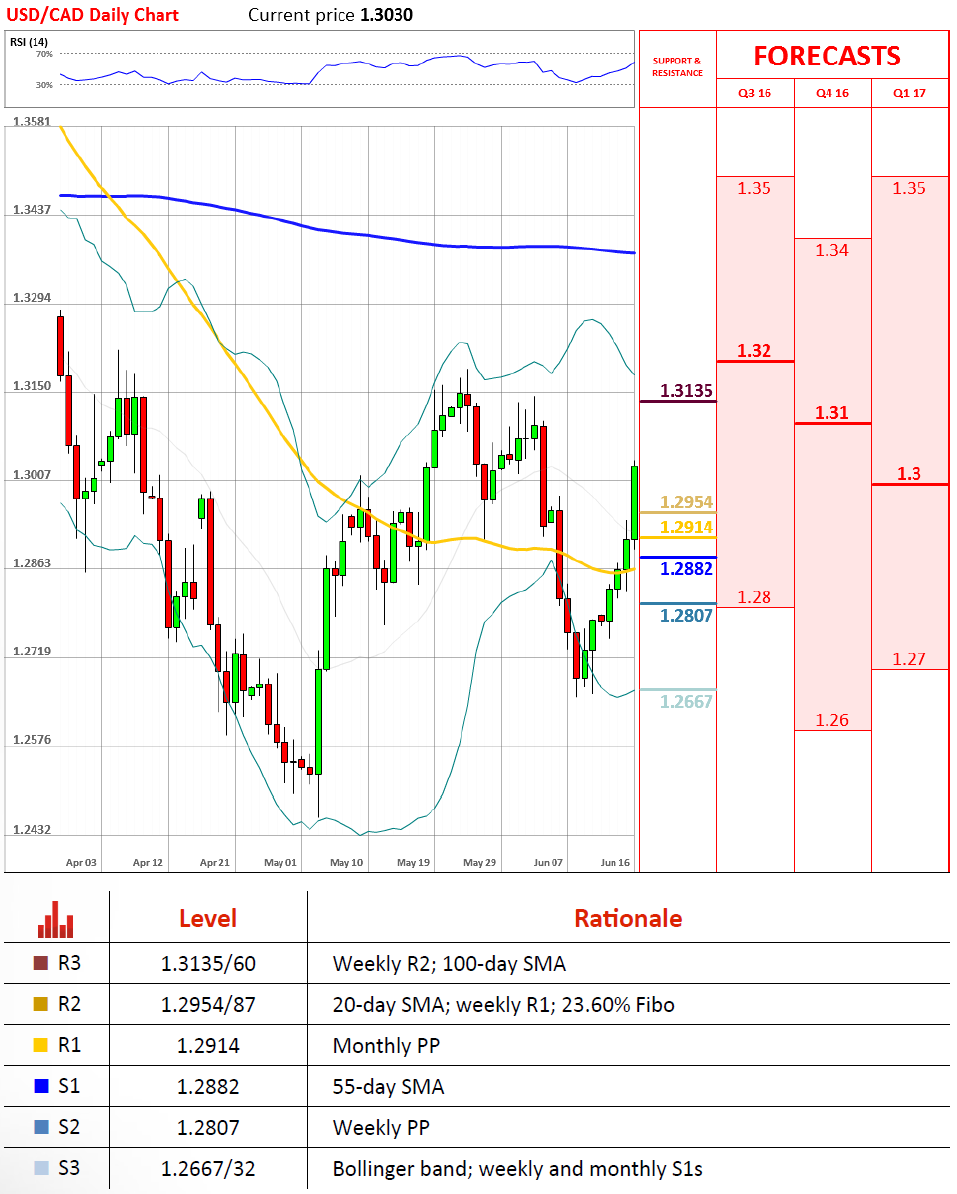 © Dukascopy Bank SA
"As US sentiment retreats following the Fed's decision to back-track on its recent talk which hinted at a June rate hike, the Loonie could be setting up for a sizable slip."
- Blackwell Global (based on Investing.com)

Pair's Outlook
The US Dollar started appreciating against the Canadian Dollar on Wednesday last week from the level of 1.2692, and at the moment it is approaching the 1.3000 mark and is about to book the sixth consecutive session of gains. In addition, the situation on the chart looks like there is nothing standing in the pair's way to the level of 1.3136, where the second weekly resistance together with the previous month's high are located at. However, by the time the currency exchange rate will reach that point at the set pace, the weekly S2 will be also supported by the 100-day SMA. In case something causes the rate to fall, it will be supported by the monthly pivot point at 1.2915.

Traders' Sentiment
SWFX traders are bearish on the pair, as 58% of open positions are short. In addition, pending orders in the 100-pip range are 57% short.