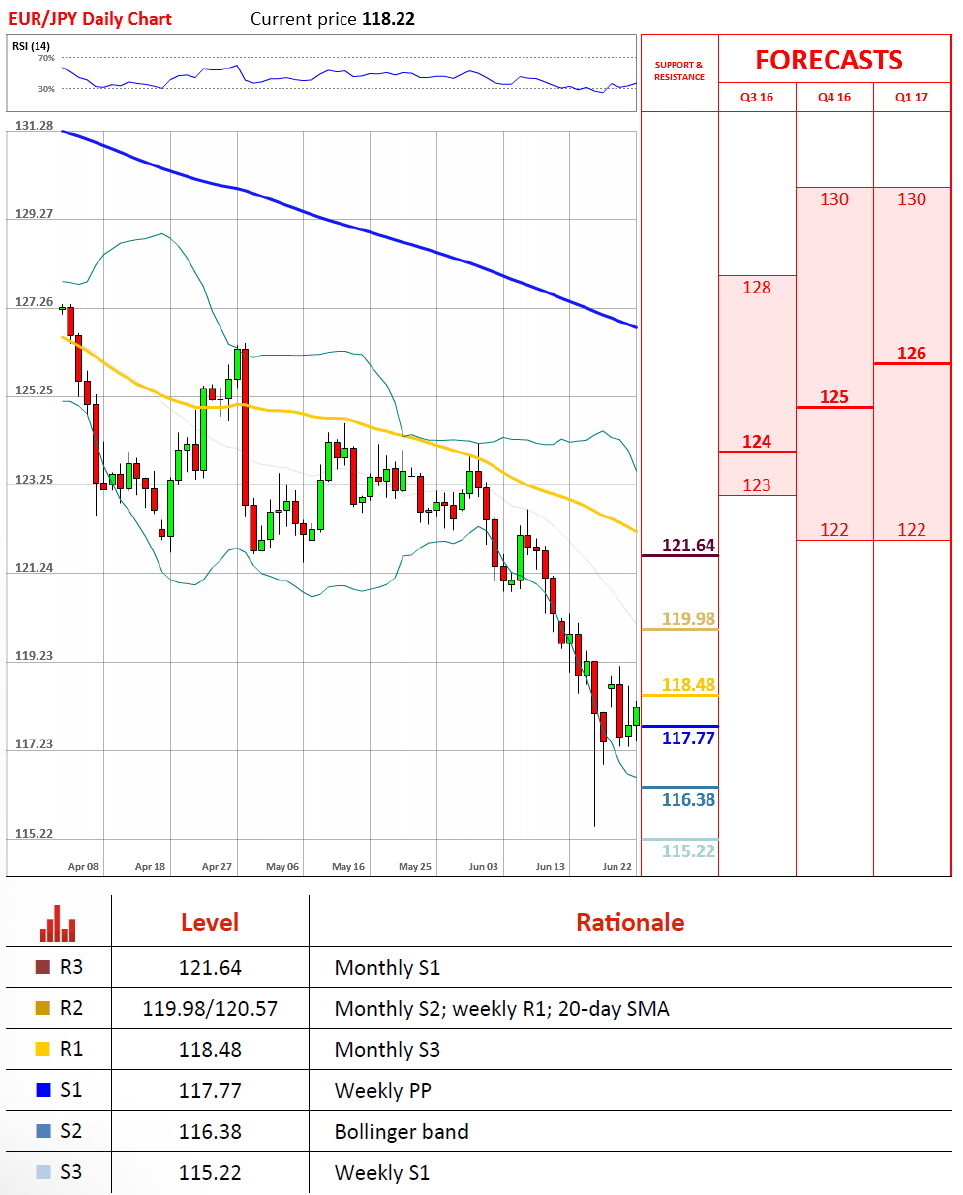 © Dukascopy Bank SA
"We are seeing a reversal in the risk-off environment That means that the safe havens are weakening. The euro meanwhile is strengthening as it has been suffering from the prospect of a Brexit, and because of its strong linkage to the U.K. it was put in the same box as the pound."
- Commerzbank AG (based on Bloomberg)

Pair's Outlook
The European currency remained relatively unchanged against the Japanese Yen on Tuesday, with Euro adding only 15 pips, due to most of intraday gains getting erased. The weekly pivot points now acts as the closest support, located just at today's opening price, while the main target above is the monthly S3 at 118.48. However, technical indicators retain bearish signals, suggesting a decline towards 117.00 is still possible. Demand at the 117.00 psychological level is strong, as it kept the EUR/JPY cross elevated since the previous week, thus, a slump towards the nearest support, namely the Bollinger band, is unlikely.

Traders' Sentiment
There are 56% of traders' holding long positions today, unchanged since Tuesday. At the same time, the portion of orders to purchase the Euro lost 2% points, having fallen to a total of 67%.