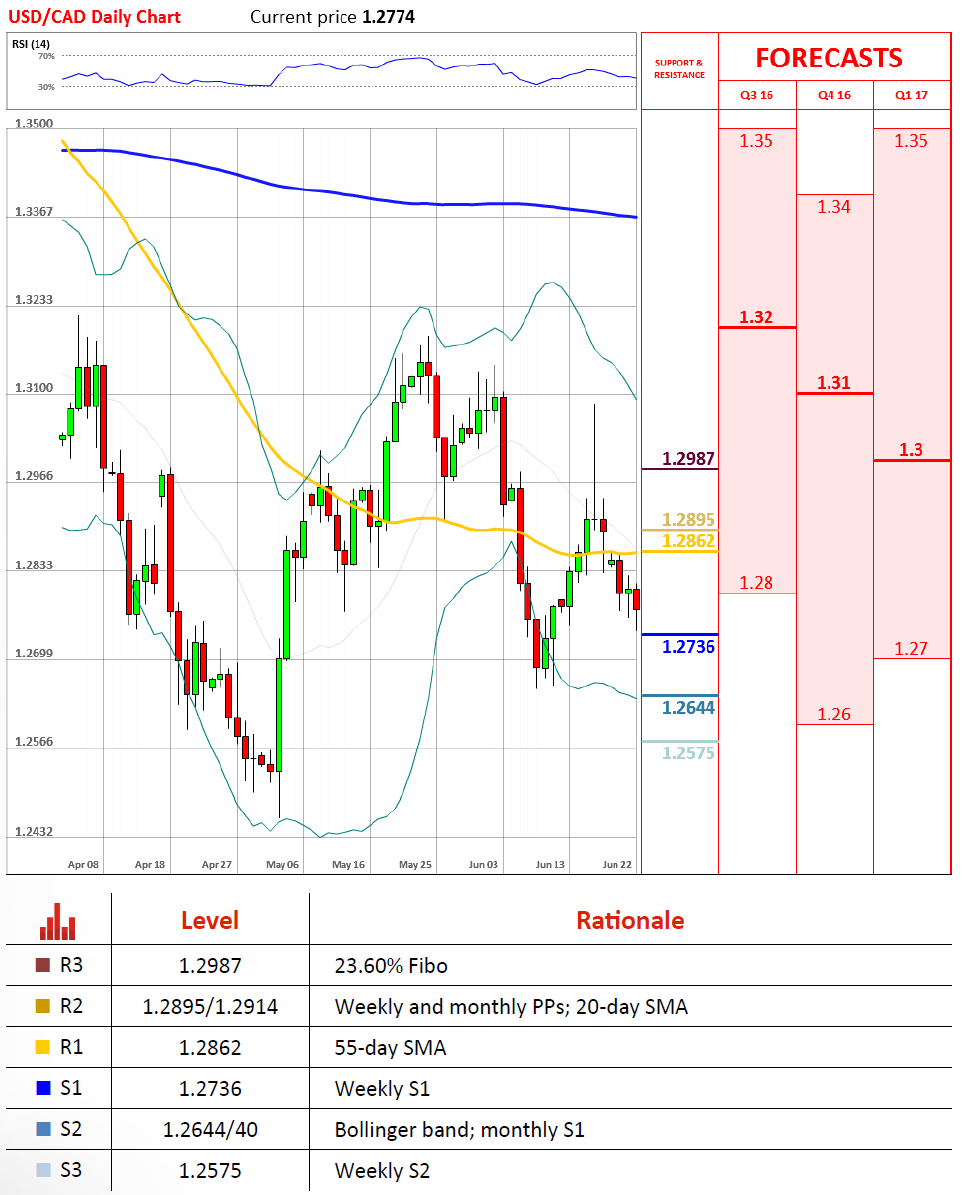 © Dukascopy Bank SA
"The Canadian dollar settled barely weaker against its U.S. counterpart on Tuesday, a respite from the rollercoaster in risk appetite of recent days."
- based on Reuters

Pair's Outlook
The US Dollar had some relief at the end of Tuesday's trading session against the Canadian Dollar, as it managed gain some strength by surging from 1.2807 at the start of day's session to 1.2818 after a depreciation, which started on Thursday. However, the rebound of the Greenback against the Loonie was short, as during Wednesday's session the currency exchange rate moved south and reached 1.2770 mark by 11:00 GMT. On its way down, the pair is set to test the weekly S1 at 1.2736. Daily aggregate technical indicators also forecast a decline of the exchange rate.

Traders' Sentiment
SWFX traders are bullish on the currency pair, as 54% of open positions are long. In the meantime, 64% of pending orders in the 100-pip range are long.