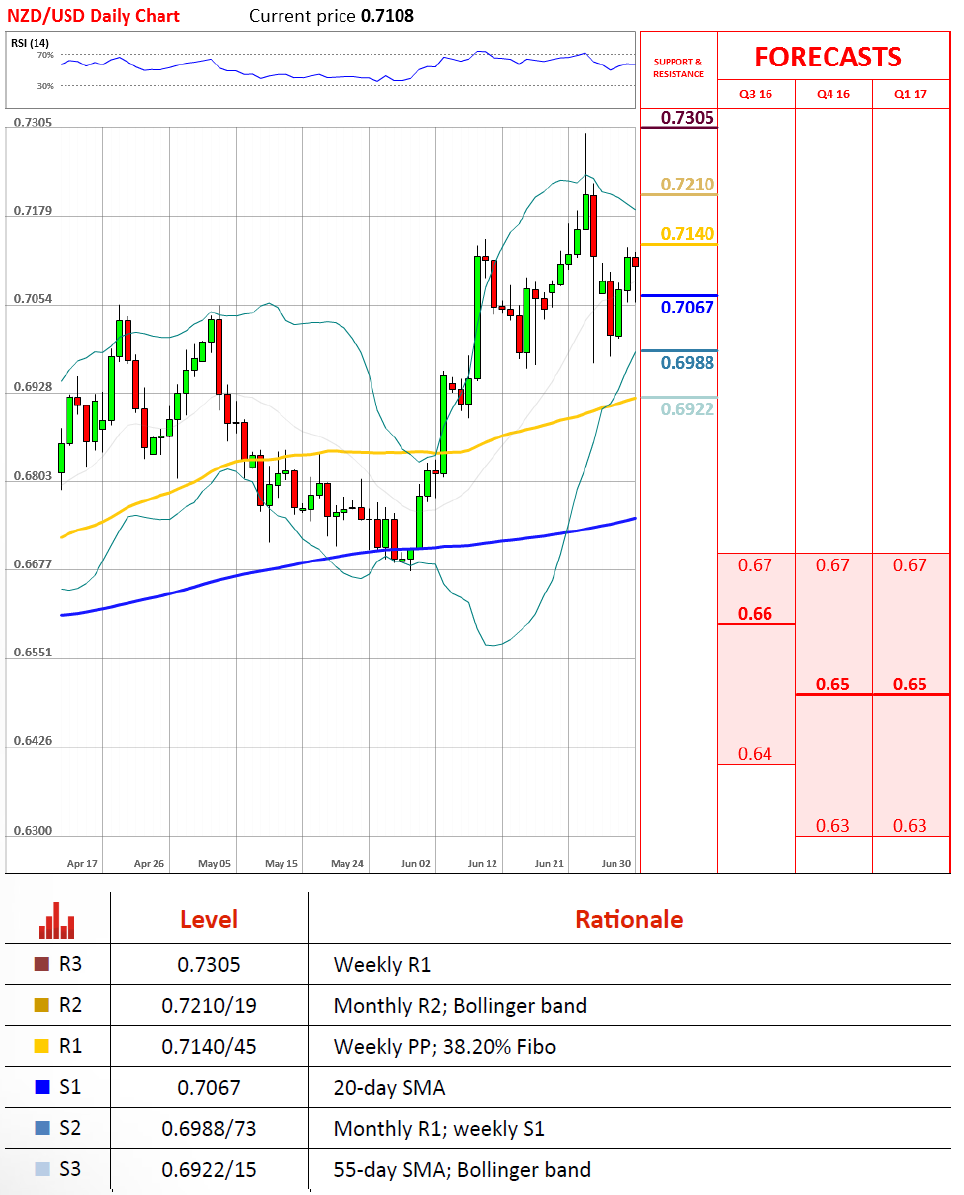 © Dukascopy Bank SA
"The dollar held steady against the other major currencies on Wednesday, as markets continued to recover from Britain's decision last week to leave the European Union and demand for riskier assets continued to strengthen."
– based on investing.com

Pair's Outlook
The Kiwi has been surging for two consecutive trading sessions against the US Dollar, and the pair has erased half of the losses it suffered due to the UK referendum on European Union membership. The pair surged on Wednesday from 0.7049 to 0.7117. However, the currency exchange rate has been very volatile and suffered minor losses thus far on Thursday. However, daily aggregate technical indicators forecast a surge for the pair for the rest of the day and the week.

Traders' Sentiment
In addition to all the technical and fundamental data, the pair is also oversold, as 71% of all open SWFX positions are short. Moreover, pending orders in the 100-pip range are also short, with 81% of orders being bearish.