EUR/USD fluctuating around 1.11 mark on Friday 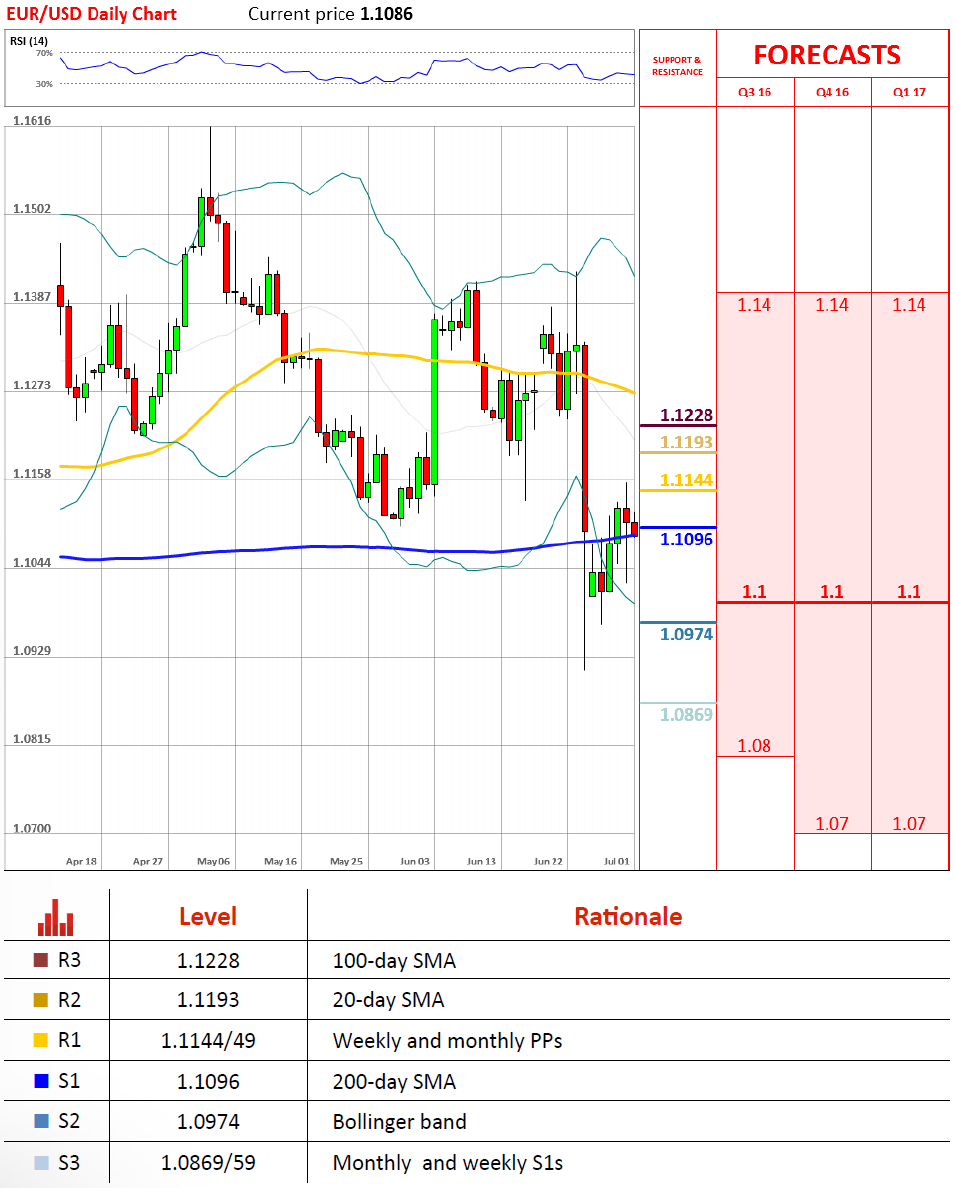 © Dukascopy Bank SA
"With all the excitement over Brexit, the Federal Reserve has been on the back-burner. That could change next week, as we'll hear from Fed Chair Janet Yellen on Monday."
– Market Pulse (based on investing.com)

Pair's Outlook
The European currency experienced a three day rally against the Greenback after the Brexit vote results. However, during Thursday's trading session the pair declined slightly from 1.1124 to 1.1105 at the end of the day's session, after it was highly volatile during the time. On Friday morning, the Euro continued to depreciate against the Buck, as the currency exchange rate moved to 1.1097 by 5:00 GMT. This level is located exactly at the support provided by the 200- day SMA.

Traders' Sentiment
SWFX traders have not changed their sentiment from yesterday regarding the EUR/USD pair, as 53% of open positions are still bearish. However, pending orders in the 100-pip range have become 52% long compared to yesterday's 64% short.