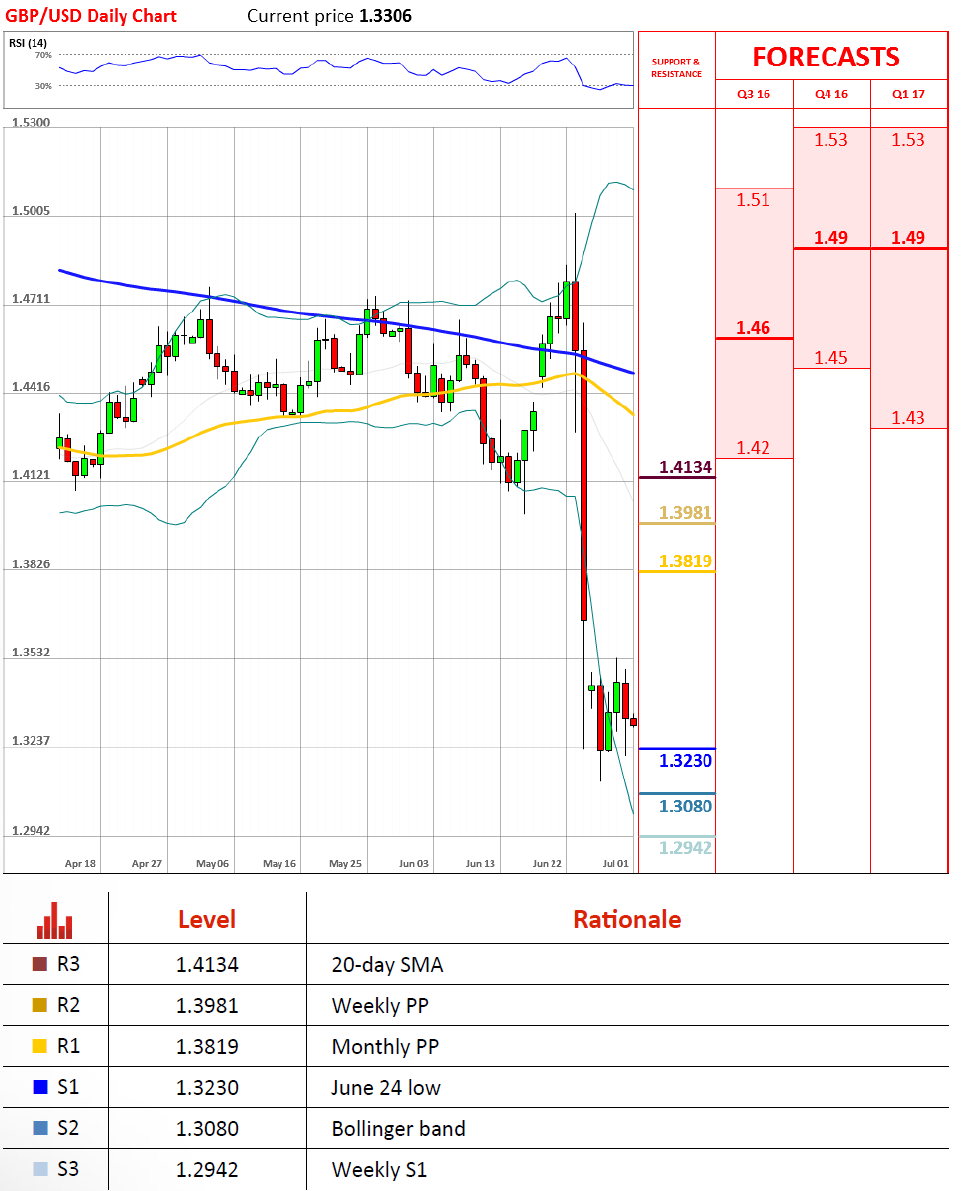 © Dukascopy Bank SA
"We expect the BoE to ease monetary policy further in the coming months, either through lowering interest rates and/or restarting QE, and/or expanding their 'Funding for Lending' scheme. Further BoE monetary easing should keep downward pressure on the pound through the rest of this year."
- Bank of Tokyo-Mitsubishi UJF (based on Business Recorder)

Pair's Outlook
The British Pound failed to advance for the third day yesterday, but with the exchange rate stabilising above the 1.33 major level, after having put the immediate support cluster to the test. The Sterling is expected to remain between the 1.32 and 1.35 major levels, which are the borders of the Cable's current consolidation trend. Technical indicators are also in favour of the GBP/USD pair remaining relatively unchanged, as they retain mixed signals. The 1.3230 level, namely the post-referendum low, is still likely to be the lowest point where price can stabilise, while the 1.3440 mark is the potential upper border today.

Traders' Sentiment
There are 60% of traders holding long positions today (previously 54%) while the number of orders to buy the Sterling slid from 68 to 57%.