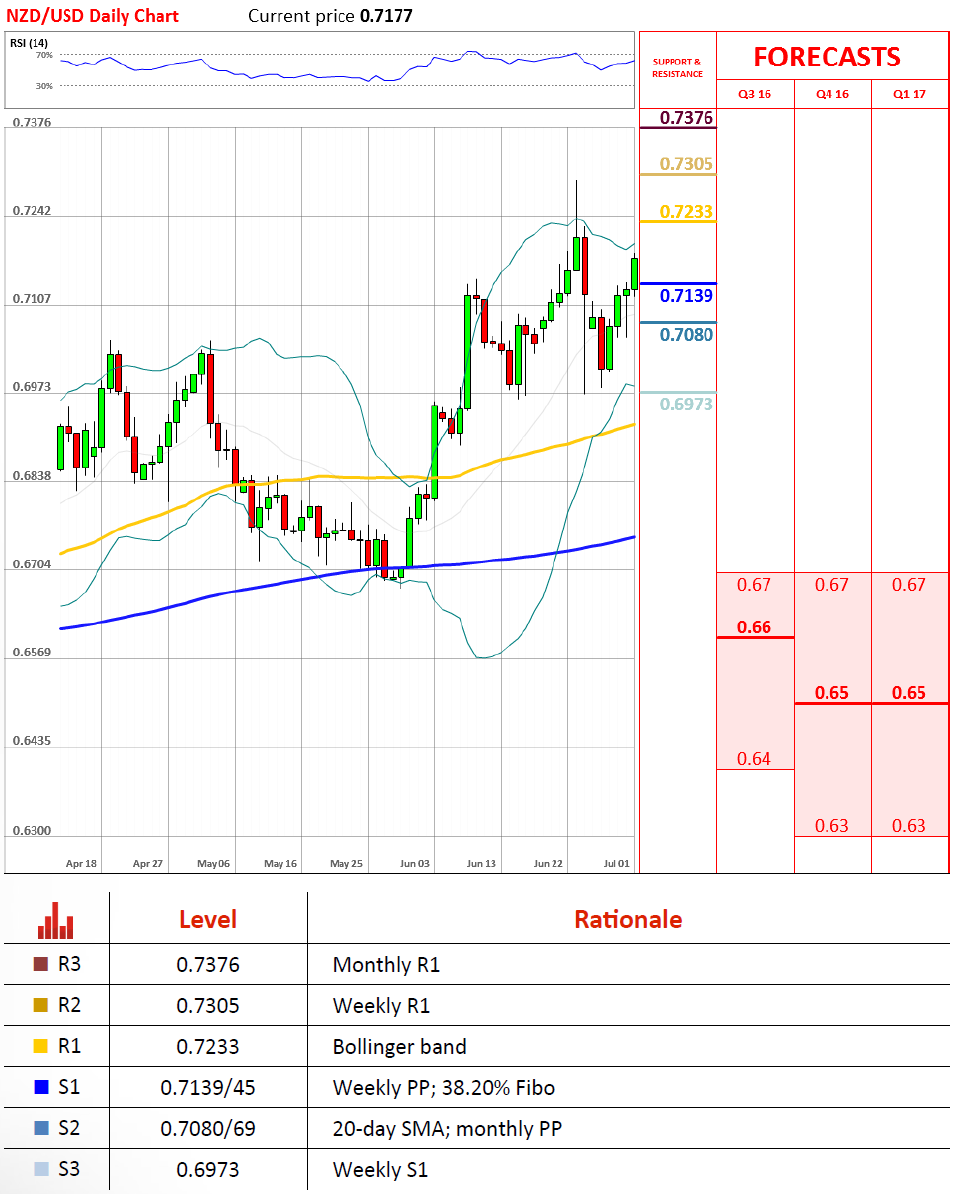 Pair's Outlook
The New Zealand Dollar started Thursday's session by depreciating against the US Dollar. However, at the end of yesterday's trading the pair surged and booked a third consecutive session of gains. On Friday, the Kiwi is continued its march of victory against the US Dollar, as the currency exchange rate reached the 0.7185 mark by 13:45 GMT. In addition to the already score gains, weekly aggregate technical indicators forecast not only a surge for today, but also for the next week.

Traders' Sentiment
SWFX traders have increased their bearish stance on the currency pair, as 73% of open positions are short, which indicates that the pair is oversold. In addition, pending orders in the 100-pip range are 65% short. 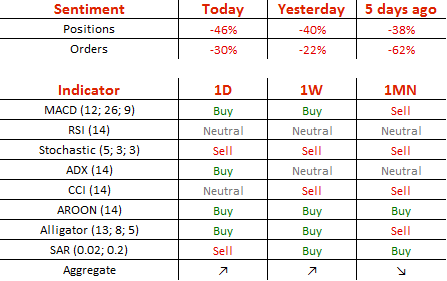