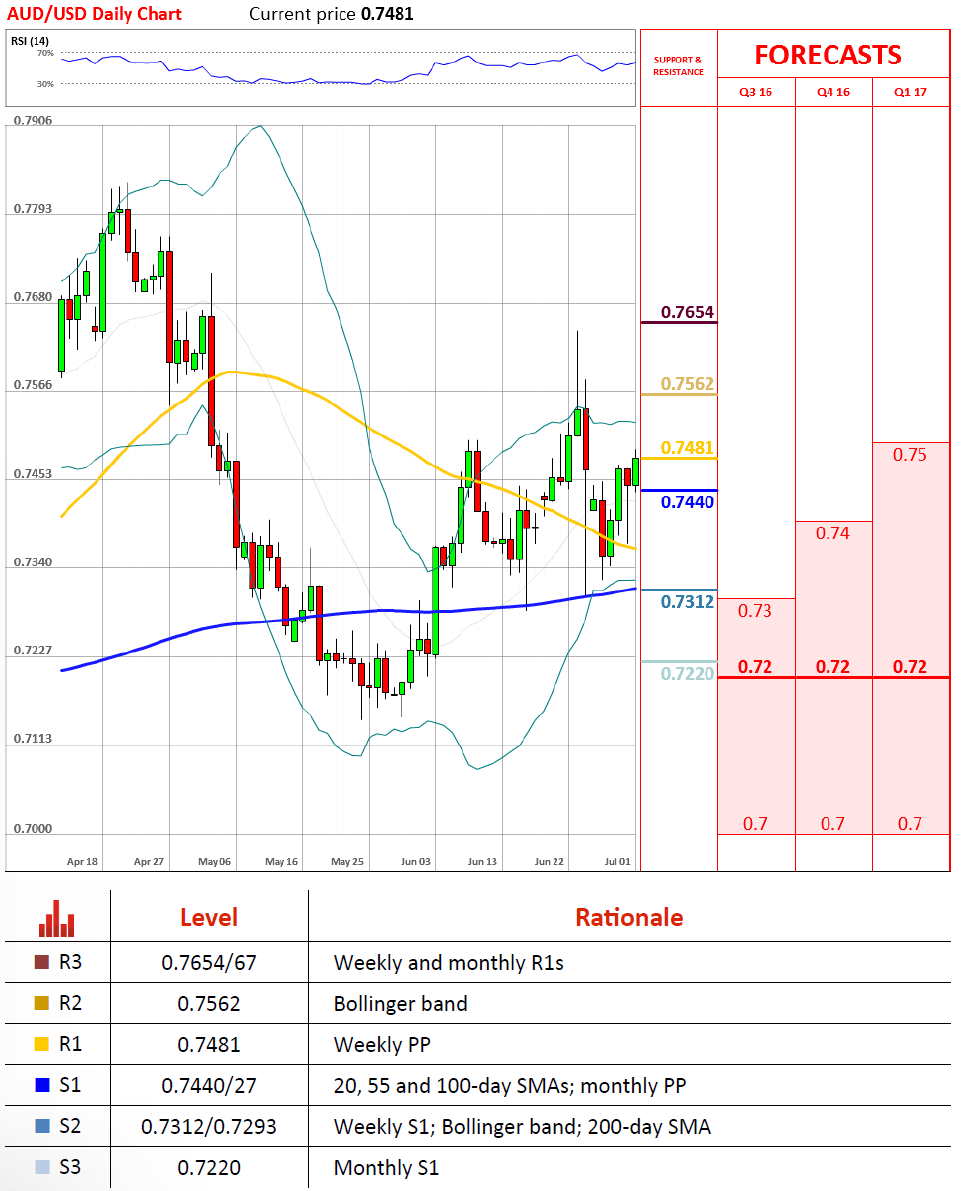 © Dukascopy Bank SA
"Weaker UK growth, a summer of European discontent and lots more political risk to come all suggest the A$ should now be capped closer to 0.7500."
- Westpac (based on FXStreet)

Pair's Outlook
The Antipodean currency remained unchanged against the American Dollar on Thursday, ever since it recovered from its intraday low of 0.7370 yesterday. The AUD/USD currency is expected to continue edging higher, as the 20, the 55 and the 100-day SMA support cluster is now also reinforced by the monthly PP. The nearest resistance is represented by the weekly PP, located at 0.7481, with the second target being the Bollinger band around 0.7562. Even though a breach of the immediate resistance is possible, trade is unlikely to close far above the 0.75 major level. Furthermore, technical studies are also in favour of the bullish outcome.

Traders' Sentiment
Today 72% of all open positions are short (previously 73%), while the number of orders to sell the Aussie inched up from 53 to 61%.