USD/CAD struggling with support cluster at 1.2920 on Friday 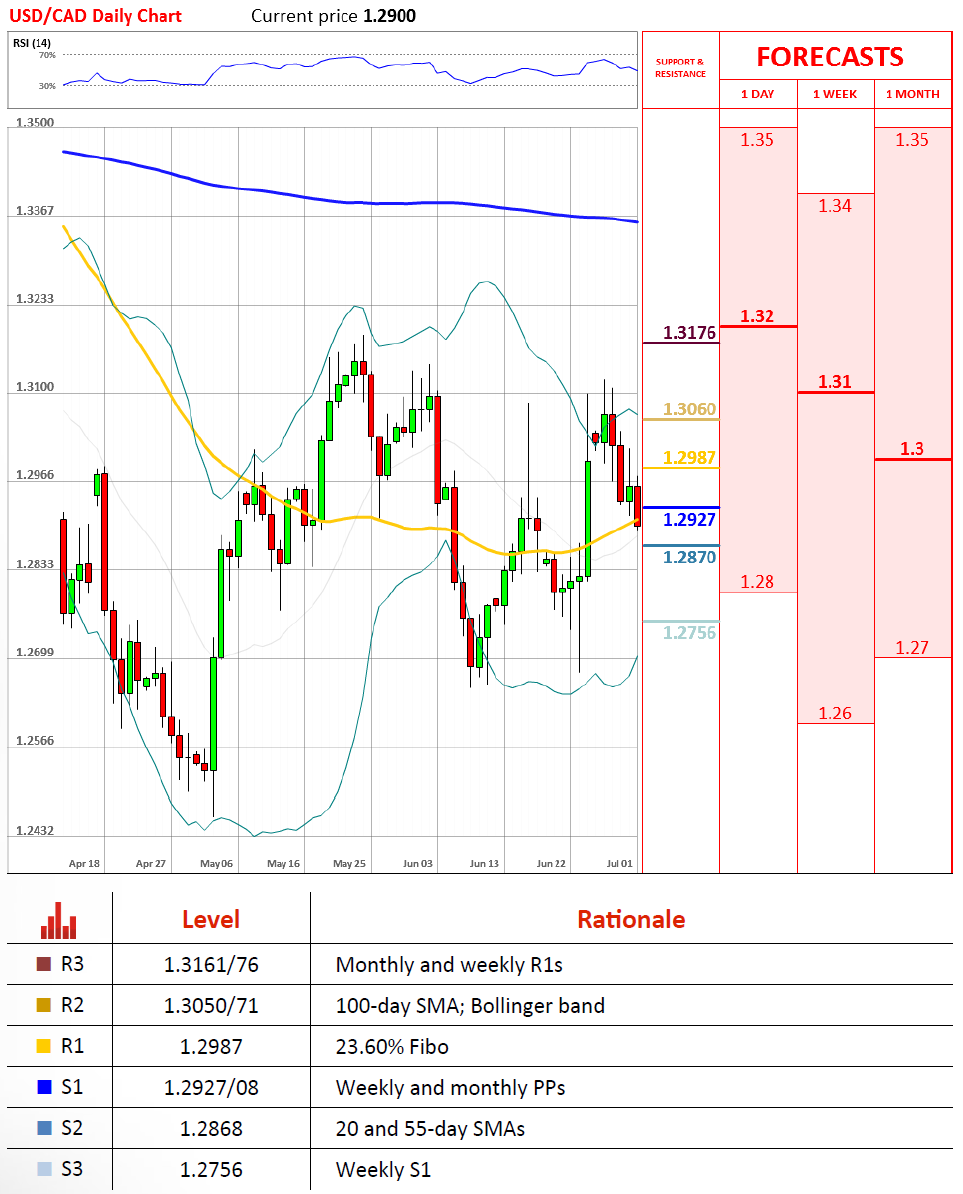 © Dukascopy Bank SA
"Fueled by gains in oil following yesterday's announcement of a significant drop in U.S. inventories and production, the loonie was able to recover some of the ground lost, but efforts remains half-hearted overall."
- The National Bank of Canada (based on Investing.com)

Pair's Outlook
The US Dollar is continuing to lose value against the Canadian Dollar on Friday, as the Loonie has been strengthening in the Brexit aftermath. However, the currency exchange rate has run into a cluster of support made up of the weekly and monthly pivot points around the level of 1.2920. If the pair passes the cluster, it will move lower to another support cluster, which is made up of 20 and 55-day simple moving averages at 1.2870. In the meantime, daily aggregate technical indicators forecast a surge for the pair.

Traders' Sentiment
SWFX are slightly bullish on the pair, as 53% of open positions are long. In the meantime, pending orders in the 100-pip range are neutral.