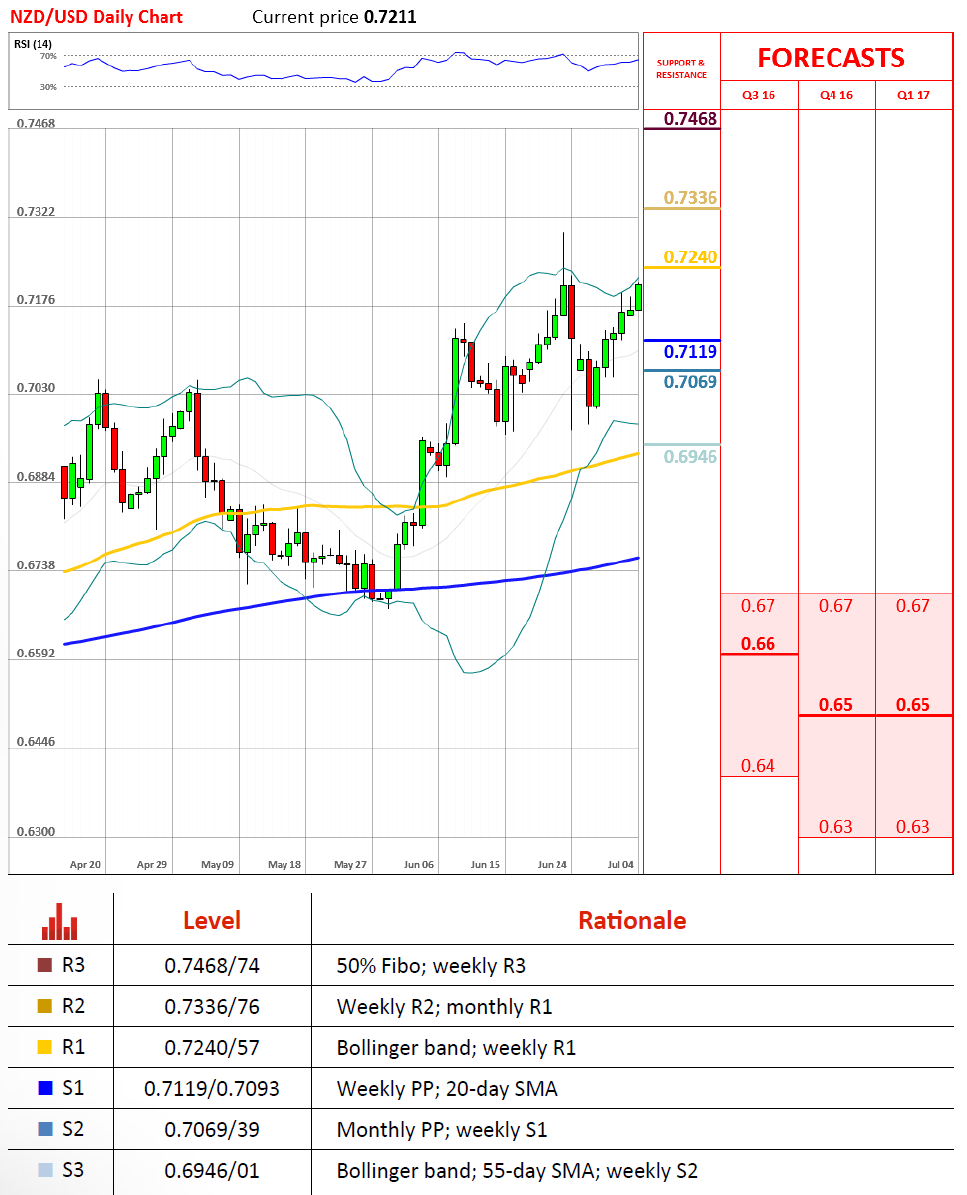 © Dukascopy Bank SA
"The New Zealand dollar was surprisingly resilient in the week after Brexit. Can it continue higher? The dairy report is the main event."
– based on Forex Crunch

Pair's Outlook
The Kiwi marked another milestone in its post Brexit surge against the US Dollar, as the currency exchange rate went past 0.72 level on Monday. The pair will most likely move to the 0.7257 level, where the first weekly resistance together with the upper Bollinger band will most likely be located on Wednesday. In addition, daily aggregate technical indicators forecast a surge for the rest of the day.

Traders' Sentiment
The NZD/USD pair, in accordance with the SWFX sentiment, has been oversold for the last nine consecutive sessions, as short positions have been fluctuating around the 70% level since the UK referendum on EU membership. However, pending orders in the 100-pip range are 73% short on Monday.