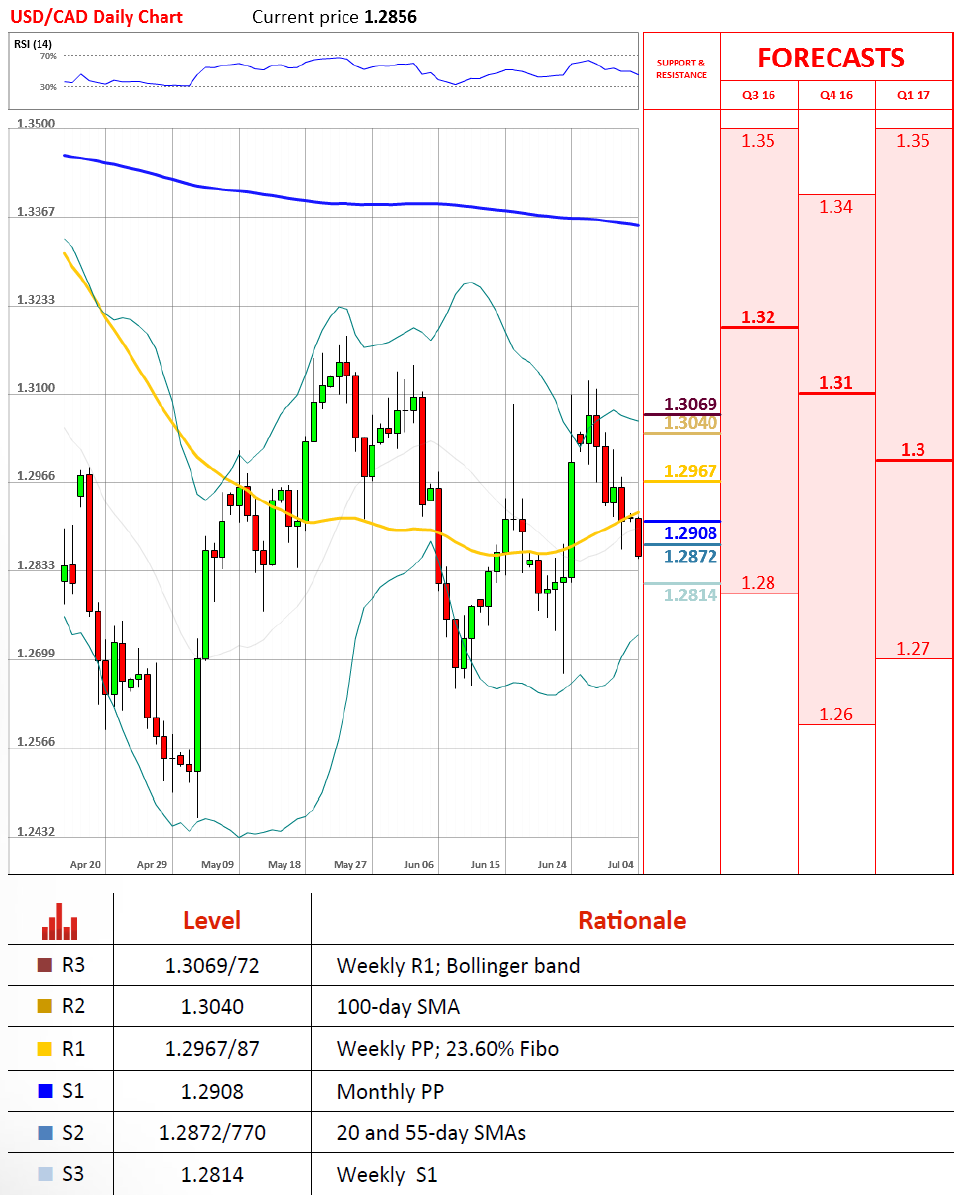 © Dukascopy Bank SA
"Initial signs of a bullish reversal are there together with the bullish divergence by the stochastic oscillator. USD/CAD is trading in a bigger corrective pattern and we are currently in wave C up that could very well extend above the 1.33 even towards 1.36."
– Alexandros Yfantis (based on trading2day.com)

Pair's Outlook
The US Dollar has rebounded against the Canadian Dollar on Tuesday, and with this the currency exchange rate stops the post-Brexit, five consecutive session decline of the Greenback against the Loonie. The currency exchange rate started the day's trading at its lowest since it surged after Brexit, which is at 1.2851. By11:45 GMT the pair had reached the 1.2930 level. Aggregate daily technical indicators had predicted this surge. However, the pair is forecasted to stay unchanged during the rest of the week.

Traders' Sentiment
Traders have come out of the neutral zone and become bullish on the pair, as 62% of all open SWFX positions are long in the middle of Tuesday. However, pending orders in the 100-pip range have become less bullish, as they have decreased from 68% to 55%.