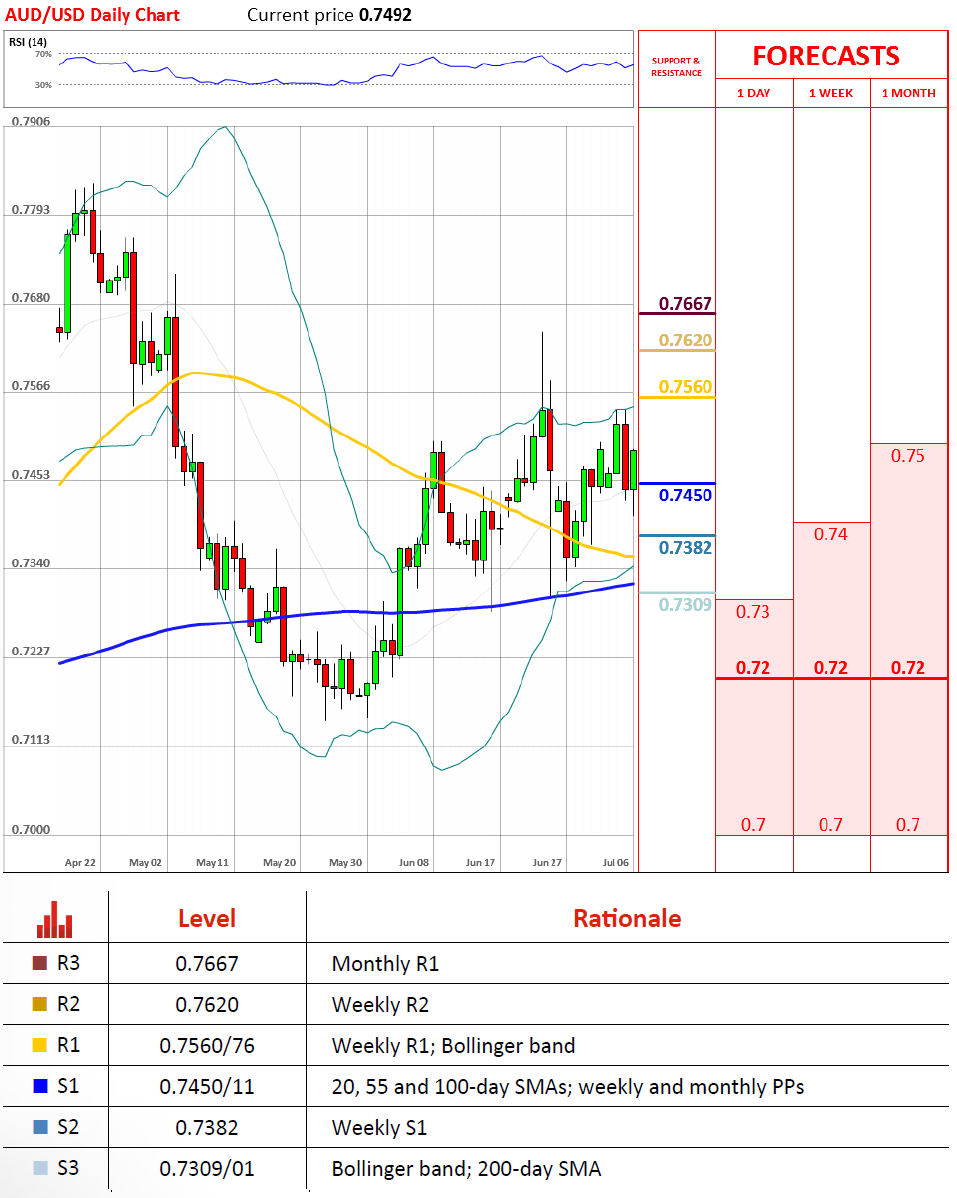 © Dukascopy Bank SA
"The dollar should be stronger against the euro and commodities currencies and emerging-market currencies."
- Deutsche Bank (based on WBP Online)

Pair's Outlook
As was expected, the Aussie weakened against the US Dollar on Tuesday, but failed to reach the anticipated 0.7440 level, having closed 25 pips above that level. The given pair even slumped earlier today, touching the immediate support cluster's lowest level, namely the 55-day SMA. However, the Antipodean currency appears to have fully recovered from its intraday low, continuing to make its way up the ladder. The immediate demand area is strong, contributing to the rebound, as technical indicators in the daily timeframe suggest. Nonetheless, the nearest resistance area is unlikely to be reached and we should see the AUD/USD to keep gravitating towards the 0.75 mark.

Traders' Sentiment
Now 71% of traders are short the Aussie (previously 72%), whereas the portion of sell orders added an extra 10% points up to a total of 76%.