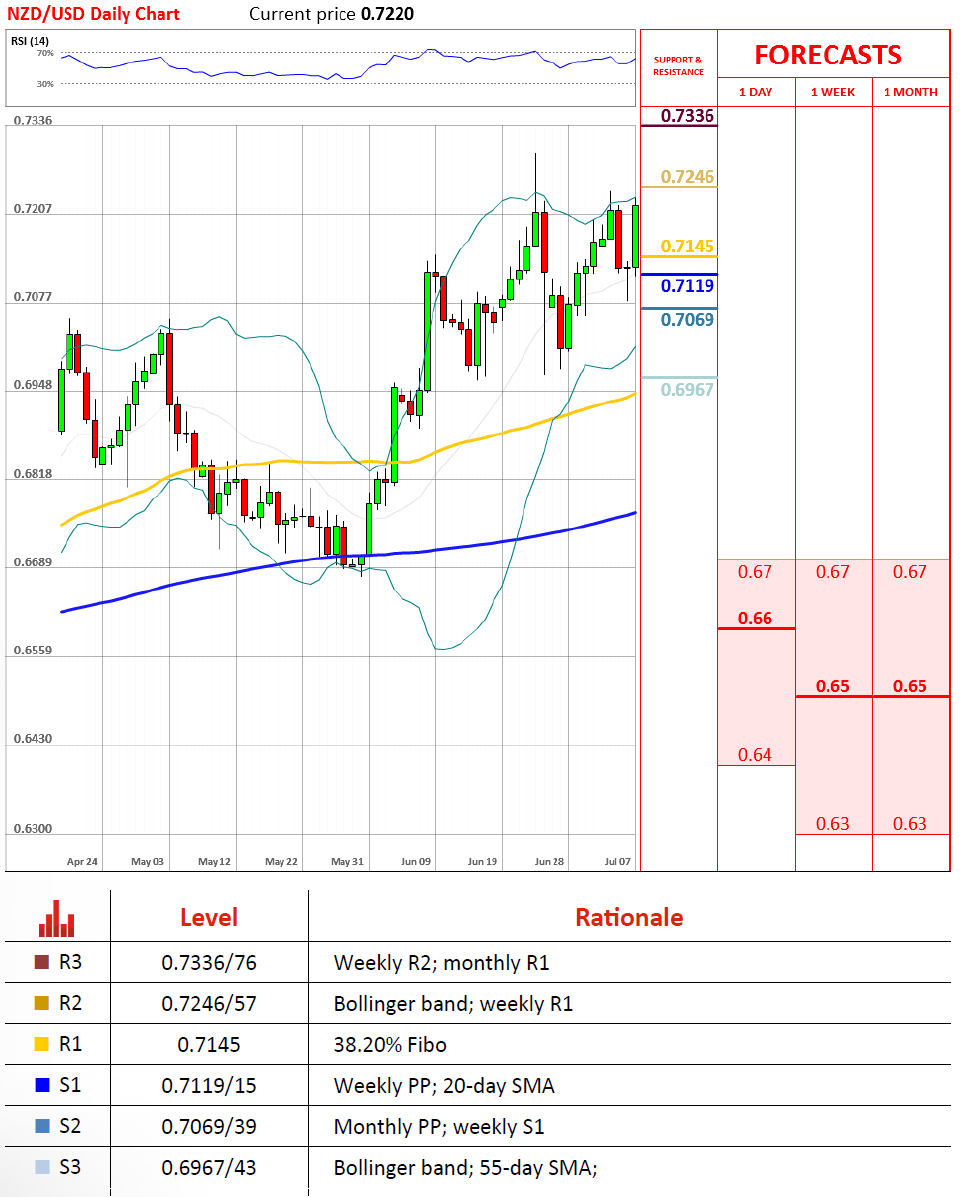 © Dukascopy Bank SA
"The New Zealand dollar NZDUSD, 1.2337% rose to 0.709 against the U.S. dollar on Wednesday, the highest in a year as the New Zealand central bank kept its official rate unchanged at 2.25%."
– based on Market Watch

Pair's Outlook
The New Zealand Dollar surged against the US Dollar, as the New Zealand central bank kept their rates unchanged at 2.25%. The Kiwi started Wednesday's session against the Greenback at 0.7135, and it touched the 0.730 level in the first half of the day. In case the currency exchange rate continues to surge, it will face the resistance put up by the weekly R1 level at 0.7257 and upper Bollinger band at 0.7262. The surge is also enforced by the daily aggregate technical indicator forecast, which predicts a surge for the pair.

Traders' Sentiment
Traders are still bearish on the pair, as only 26% of open positions are long on Thursday, which indicates at the NZD/USD pair being oversold. In the meantime, pending orders in the 100-pip range are 53% short.