Yesterday there was a tragic event, which, as the major dealers note, supported the pound. The British Member of Parliament Joe Cox, speaking for the UK remaining a part of the EU, after a meeting with voters, was shot by a man, who, according to witnesses, was shouting out extreme right slogans. The market believes that after Joe Cox died, Brexit supporters' position has weakened. From a technical point of view, opening positions in the pound should be considered with its exit form the range of 1.4195-1.4292. The pound is likely to retest the support level of $ 1.4012 in the next trading sessions. 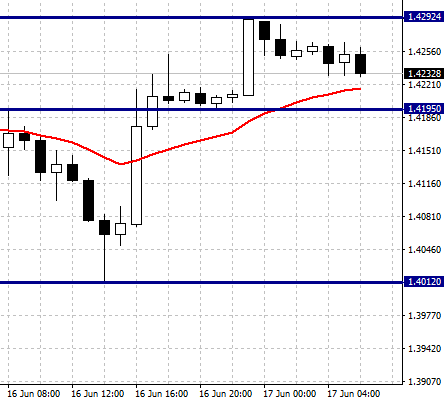