There are risks of the pound falling to the level of $1.31

In an interview with the Financial Times, George Osborne, the UK Finance Minister, announced his plans to lower the corporate tax rate to a level of less than 15% for smoothing out the Brexit consequences. Reducing the corporate tax rate will certainly lead to an increase in the debt burden of Great Britain, but will support the economy in the short term. Today, it is worth paying attention to Mark Carney' speech, during which he may announce the monetary stimulus measures for the British economy. 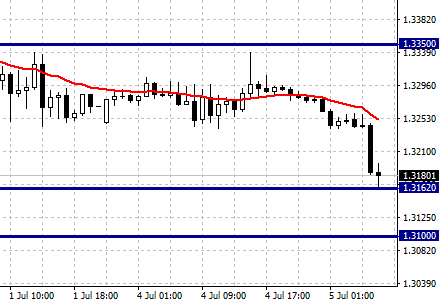