The pound fell below the level of $1.3

Yesterday Mark Carney said that "there is a prospect of a significant economic slowdown. The number of vulnerable households will increase against the background of a severe macroeconomic forecast." Yesterday, in order to support the market the Bank of England provided 1.35 billion pounds as part of the 6-month REPO operations. Since the beginning of June the frequency of these operations increased: if previously they were held once every 4 weeks, now they are held weekly. In addition, the regulator canceled the decision made in March requiring the country's financial companies to create a counter-cyclical capital buffer of 0.5% of total assets. This will free up the funds amounting to 150 billion pounds, which in the end can be directed to lending. 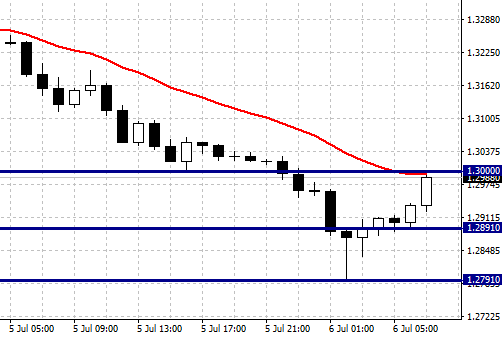