GBPUSD: consolidation above the level of 1.2863

Yesterday it became known that the volume of industrial production in the UK decreased by 0.5% (m/m) in May, with a forecast of a decline of 1% (m/m). The statistics were better than expected, and pushed the pound briefly above the level of $1.3. Meanwhile, the ADP data on the US employment were also better than expected and in their turn supported the dollar. From the technical point of view, at the breakthrough of the 1.2863 level, opening long positions in the GBPUSD pair should be considered. 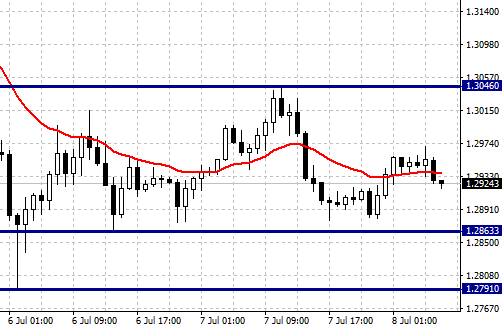