US dollar: on the chances of correction

During the past week US dollar fell versus other major currencies, the question is will the weakness of the American currency continue in the new week?

US dollar index hit the lowest levels since October 19. The greenback declined as the US Federal Reserve left the Federal funds rate unchanged and sounded more dovish than expected. The Fed now expects to raise interest rates more gradually this year than they had planned when they raised rates in December – with two, rather than four, hikes on the agenda this year. According to the Chairwoman Janet Yellen, ‘global economic and financial developments continue to pose risks’ to the US.

However, US economic fundamentals are still better than in most G10 nations and good data from America may change the market’s mood rather quickly. Next week the US will release housing data – existing home sales on Monday and new home sales on Wednesday. Core durable goods on Thursday and final GDP for Q4 on Friday will also be important. Note that the most overbought currencies against the US dollar include Japanese yen, Australian dollar and New Zealand’s dollar. 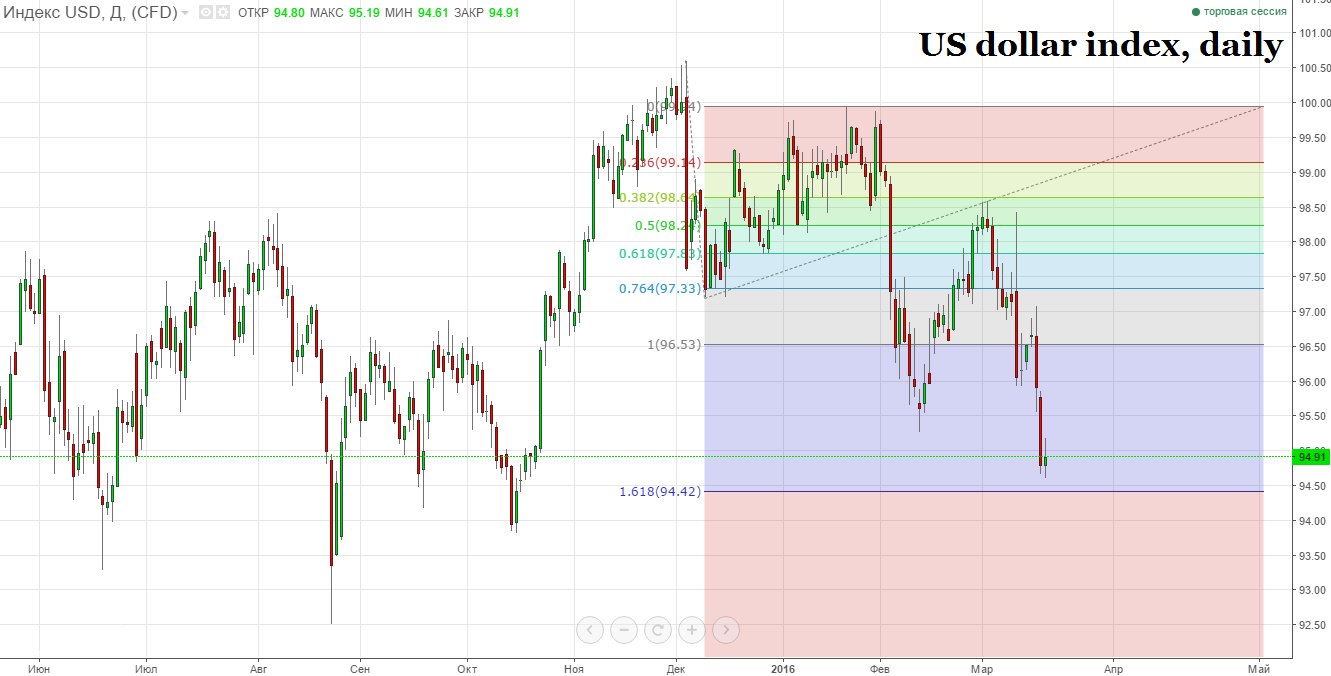