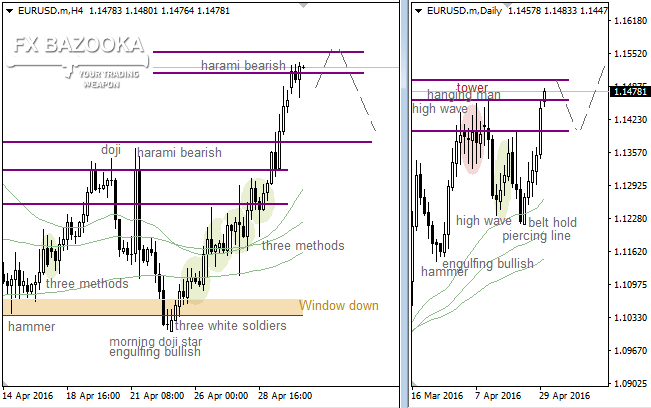 As much as four “Three Methods” patterns were formed last week, which led to the current bullish price movement. Considering that a “Harami” at the local high hasn’t been confirmed, the market is probably going to reach the nearest resistance. We should keep in mind that it’s likely posible to see any kind of reversal pattern on this level. As we can see on the Daily chart, all last candles are bullish, but if buyers be stopped on the nearest resistance line, there’ll be time for bearish revenge. 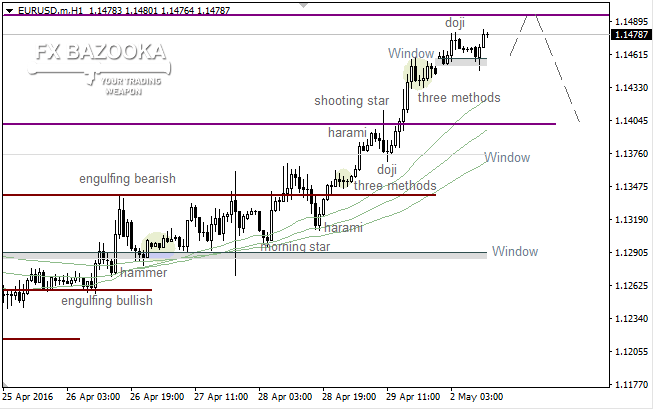 We’ve got a new “Window”, which already acted as a support, so Friday’s high was broken. It’s interesting that this “Window” wasn’t closed, because the last candles couldn’t close under its lower side. Despite of this very bullish situation, the chance to see any bearish pattern on the nearest resistance is still an extremely high.