The S&P/ASX 200 sank 1.2%, thus paring its yesterday’s revenues when the RBA cut its interest rates. This heavy benchmark is currently close to year’s flat, having broken into positive territory for the first time in 2016.

As for Wednesday’s heavy decliners, we should point out to BHP Billiton with its 9.6% slump. It actually followed Brazilian federal prosecutors, who filed a civil lawsuit on Tuesday. According to that lawsuit, such mining companies as Vale SA, BHP Billiton and Samarco Mineracao were obliged to spend approximately to $43.55 billion for cleanup  as well as remediation closely connected to last year’s catastrophic dam failure.

Then, elsewhere in Asia losses included a 1.3% drop in the Hang Seng Index, that was also brought down by the energy sector. Additionally, Korean Kospi dipped 0.6%, while the Shanghai Composite Index went down 0.4%.

Market participants are currently focusing on quite low global growth. Furthermore, they are keeping an eye open on crude prices as a universal market barometer. 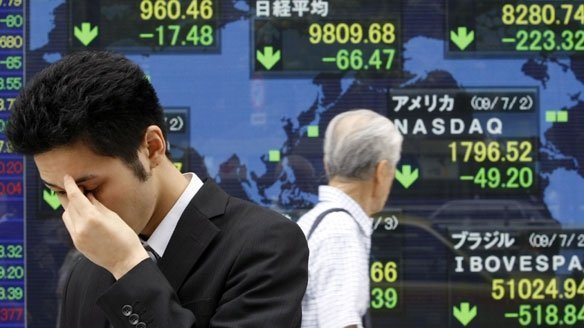