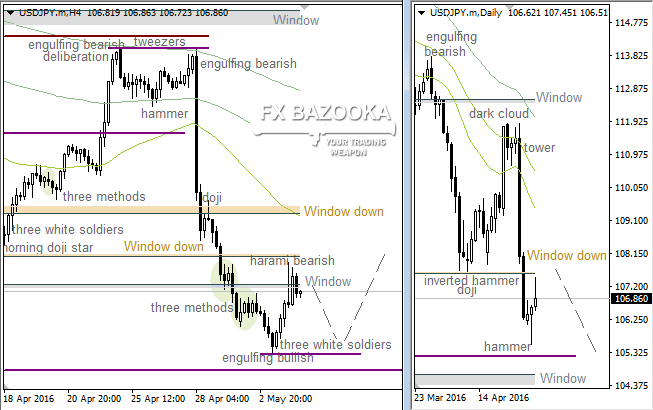 We’ve got an “Engulfing” and a “Three White Soldiers” at the last low, which led to the current rise. The nearest “Window” is acting as a support, so a local bearish movement becomes possible. If any bullish pattern forms afterwards, there’ll be a chance for an upward movement towards the “Window”.  As we can see on the Daily chart, all the last bullish attempts to reverse the market still seems like just a local correction inside the main bearish trend. So, the price is likely going to test the nearest “Window”, but it’s very likely that we’ll see a pullback from it. 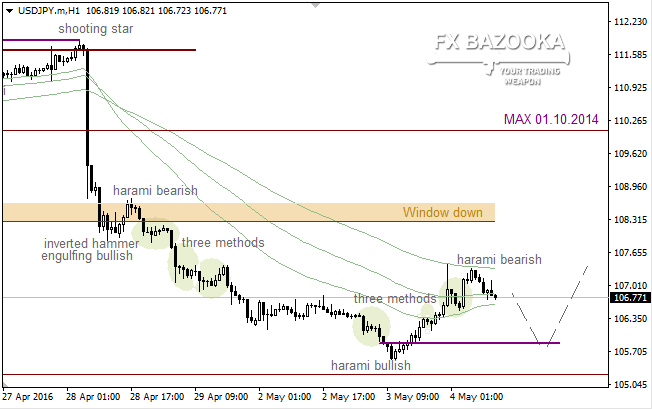 There’s a “Harami” on the 55 Moving Average, so the market is likely going to reach the nearest support during the day. If any bullish pattern appears on this line, a local upward movement becomes possible.