Gold soars for the first time in 3 days

On Thursday, gold futures rose, as market participants looked ahead to a raft of speeches from the Fed’s representatives later this day to judge the overall balance of opinion amidst policymakers on the prospect of further rate increases.

Yesterday gold descended 1.35%, following upbeat sentiment that American economy could resume its growth in the nearer months after struggling in the first quarter.

Data issued on Wednesday disclosed that American services sector expanded in April because new orders as well as employment accelerated. Additionally, the upbeat post was somewhat offset by another highlighting private American employers hired the fewest number of workers for three years in April.

A bit later on Thursday the US is expected to release weekly data on initial jobless claims. Traders are also focusing on US nonfarm payrolls report to be issued on Friday.

The consensus forecast is that the data is expected to reveal jobs growth of about 200,000 for the last month, thus following an increase of about 215,000 in March. As for the unemployment rate, it’s expected to stand still at 5%, 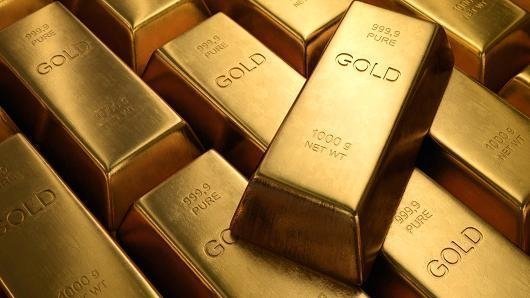