EUR/USD: bears have broken the "Window"

There's a downward correction in progress. Previously, a “Harami”, a “Three Black Crows” and a “Three Methods” were formed at the last top. So, the market is likely going to reach the nearest support line. As we can see on the Daily chart, a “Harami” and a “Shooting Star” have been confirmed. Therefore, today’s candle is probably going to be black. 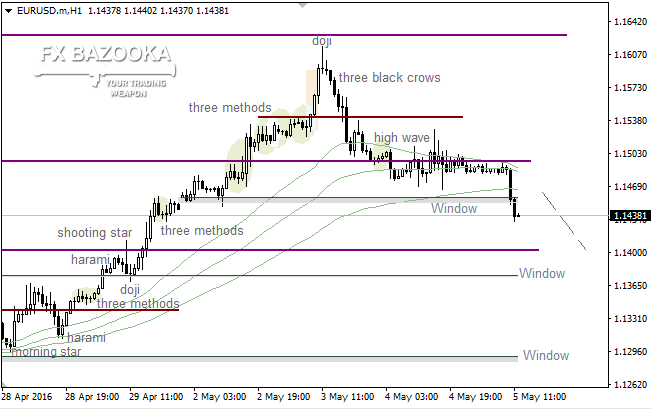 The price has broken the nearest “Window”. If the market finds a lodgement under it, there’ll be nothing to stop bears on the way towards the next support line, which can bring a reversal bullish pattern.