USD/JPY: flat between "Hammer" and "Harami"

There're an “Engulfing” and a “Three White Soldiers” at the last low. We’ve got a “Three Methods”, which points to a possibility that the current rise can be continued. At the same time, there's a “Window”, which obviously can act as a resistance. So, it’s likely that the pair is going to form a local downward correction during the day. However, bulls will likely try to reach the next “Window” afterwards. As we can see on the Daily chart, there’s a “Hammer” and an “Inverted Hammer”, which both have been confirmed. So, today’s candle is likely going to be bullish. 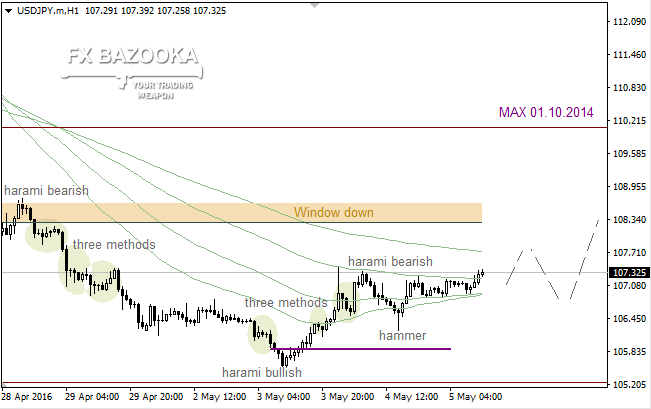 The last local downward correction was finally ended by the “Hammer” candle. So, the market is likely going to reach the 89 Moving Average. If bulls breaks this line, the next target will be on the nearest “Window".