We’ve got an “Inverted Hammer” on the last support line, which has been confirmed enough. So, the pair is likely going to reach the nearest support line and continue falling down afterwards. As we can see on the Daily chart, there’s no any reversal patterns so far, which means bears will probably try to return into the market soon. 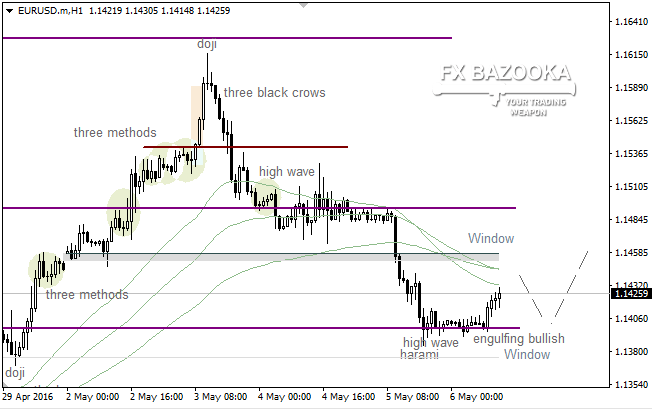 There’s a strong support, which brought some reversal patterns such a “High Wave”, a “Harami” and an “Engulfing”. Therefore, it’s likely to see an achievement the 55 Moving Average as well as the nearest “Window”.