AUD/JPY recently broke through the support level 81.30, which was set as the sell target in our previous forecast for this currency pair. The breakout of this support level accelerated the active minor impulse wave 3 – which belongs to the intermediate impulse wave (3) from the end of March (which is itself a part of the primary downward impulse wave ③ from the start of December, as can be seen below).

Having recently broken the support level 79.00 - AUD/JPY is likely to fall further to the next sell target at the strong support level 77.60 (which stopped the previous intermediate impulse wave (1) in February). 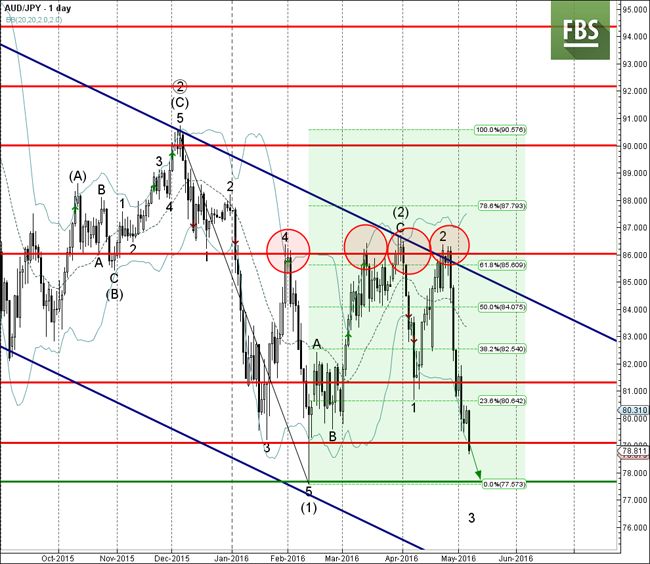