AUD/USD has been falling sharply in the last few trading sessions inside the minor ABC correction 4, which previously broke the support trendline of the daily up channel January, the pivotal support level 0.7500 (which stopped the earlier wave (iv)) and the 38.2% Fibonacci correction of the previous sharp upward impulse from January. The breakout of the aforementioned support levels accelerated the (c)-wave of the active minor ABC correction 4.

AUD/USD is likely to fall further to the next sell target at the support level 0.7330 (former strong resistance level which stopped the previous B-wave in December, as can be seen below). 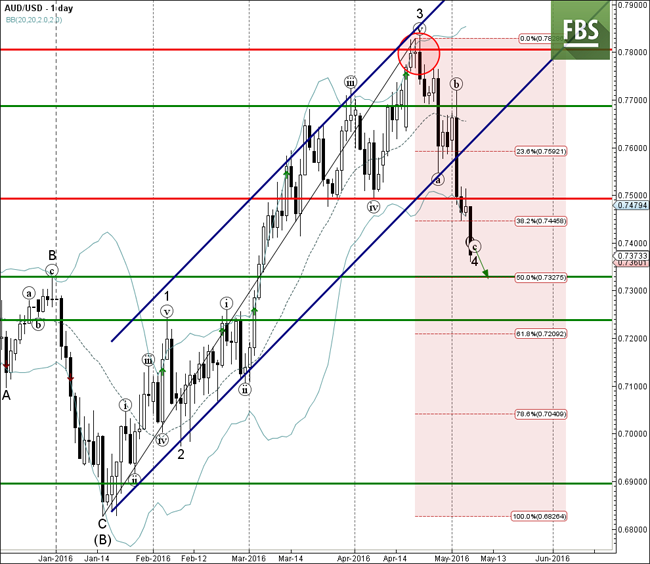