USD/JPY: the price get lodged on the "Window"

The price is moving along the nearest “Window”. Considering a previously formed “Harami”, there’s a chance for bears to break the “Window’s” lower side. Therefore, the market is likely going to achieve the next “Window” near the 34 Moving Average. As we can see on the Daily chart, there's a local upward correction in progress. So, today we will probably see an “Engulfing” pattern, which is currently developing. 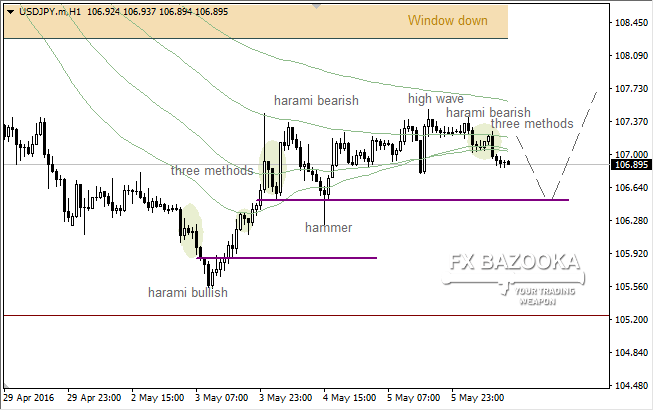 There’re a “Harami”, a “High Wave” and a “Three Methods” at the last high. So, the market is likely going to reach the nearest support, which is strong enough to reverse the current pair's direction into an upward one, but only in the short term.