It has been another volatile week for the British pound. GBP/USD pushed to 1.4760 and retraced lower from this area. There is a strong resistance clustered at these levels: trend line, connecting the late-2015 peaks. Technically, we still see potential for a stronger move to 1.5000/5200 in the nearest future, so a break above 1.4760 would justify new short-term GBP longs. We stay medium-term bullish above 1.4400. This outlook will be negated in case if the cable slips below 1.4400.

Remember that the forthcoming UK referendum (June 23) poses an imminent risk to the upbeat view on the sterling. The risk of Great Britain leaving the EU hasn’t been priced in yet. European politicians are now doing their best to calm the “leave” mood down, but market uncertainty is still expected to increase by the end of May. That’s why we find a break above 1.5200 very unlikely this year, so get ready to sell the pound on rallies to these levels – if the rallies happen.

As for the economic calendar, watch the UK manufacturing production on Wednesday. On Thursday, don’t miss the Bank of England meeting and inflation report. The UK central bank is now consumed with preparing contingency plans for the potential Brexit, so the question of rate hike is off the table these days. Pay attention to the Marc Carney’s comments on the issue – he could point to high risks associated with the EU referendum. 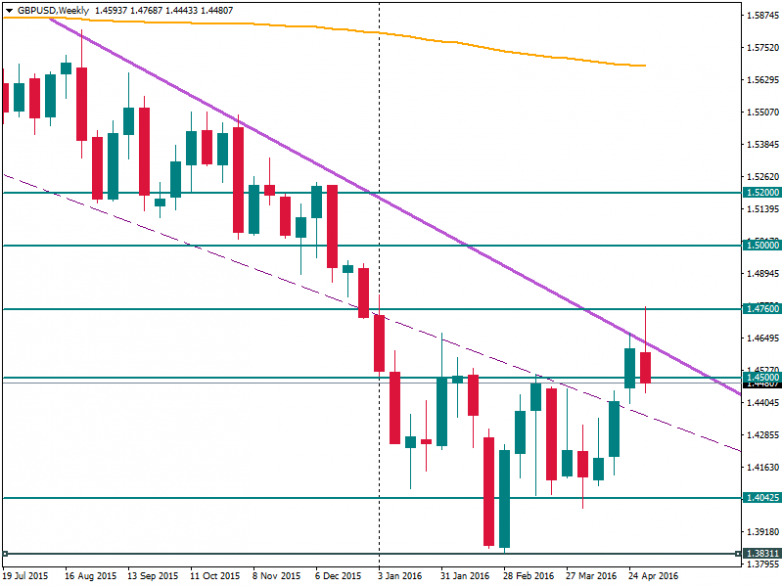