USD/JPY hit 105.55, the lowest level since October 2014. Then US currency managed to get a bit higher thanks to brighter comments of the Federal Reserve’s members. US economic data were mixed: ISM manufacturing index disappointed, but services index exceeded expectations. American nonfarm payrolls also missed expectations. All in all, at this point strengthening in the greenback looks more like a correction or consolidation.

The main reason behind the yen’s strength was the lack of monetary stimulus from the Bank of Japan in April. Forex intervention to weaken yen are unlikely at this point with Japan hosting the next key G7 meeting on May 26-27, especially if further decline in USD/JPY is gradual.

Another important factor for USD/JPY is the market’s risk sentiment, with which the pair is closely correlated. Japanese stocks are declining because of the weak corporate earnings, and this doesn’t make investors feel optimistic. Watch Chinese currency reserves and trade balance data this weekend as well as the nation’s inflation figures on Tuesday. Weaker Chinese PMIs already affected USD/JPY in the past days. 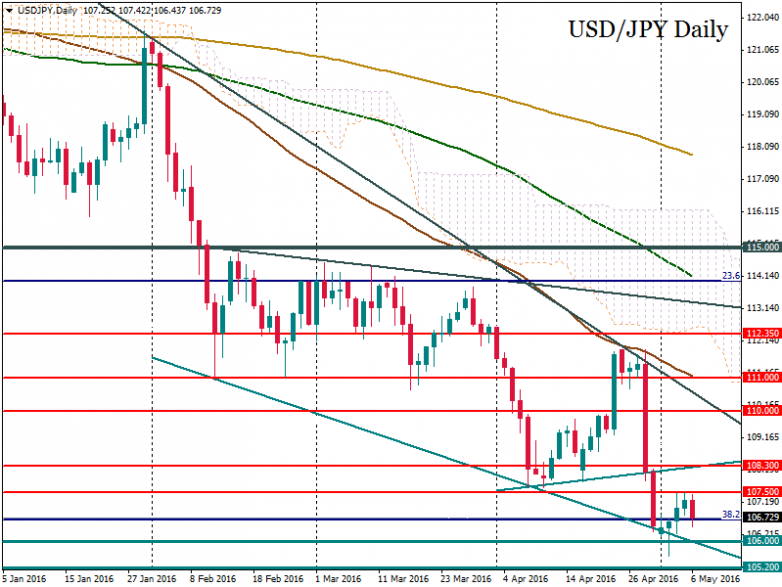