NZD/USD has been falling in the last few trading sessions inside the minor impulse wave 3, which belongs to the intermediate impulse wave (C) from the middle of April. The price earlier broke through the support level 0.6850, which was set as the sell target in our previous forecast for this currency pair. The breakout of the support level 0.6850 coincided with the breakout of the support trendline of the daily up channel from January.

NZD/USD is expected to fall further toward the next sell target at the support level 0.6650 (target price calculated for the completion of the active minor impulse wave 3). Strong resistance now stands at 0.6850. 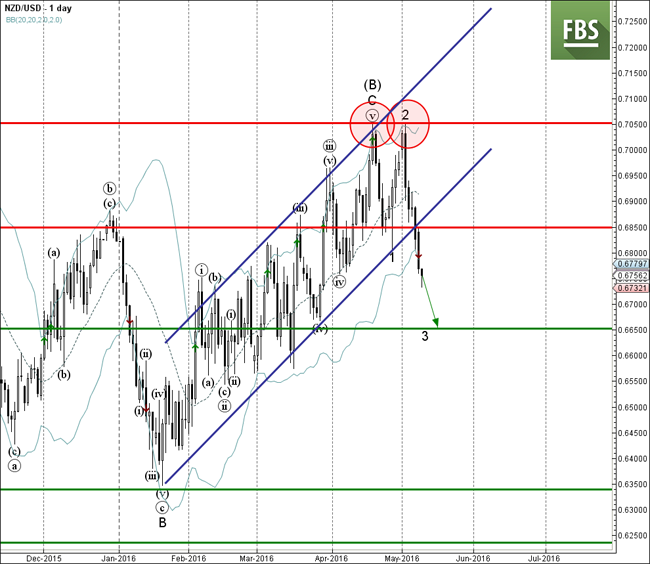