There's a strong support by the 55 Moving Average, but the last bearish “Hammer” and “Engulfing” haven’t been confirmed yet. So, there’s an open door for an achievement the 89 Moving Average in the short term. As we can see on the Daily chart, there're an unconfirmed  “Doji” and an “Inverted Hammer”, so the market is likely going to test the nearest support line. 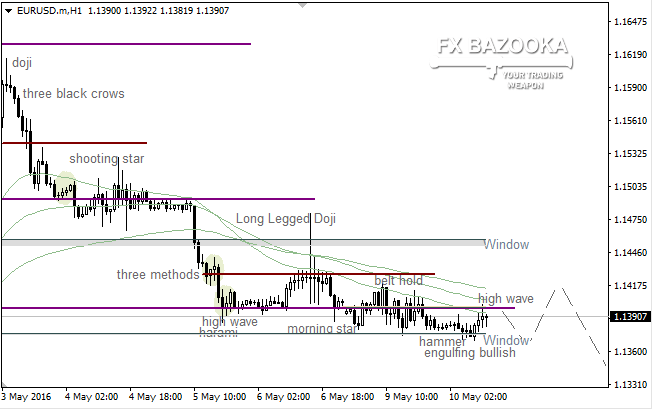 The strong support by the last “Window” has done a good job, so we’ve got a “Hammer” and an “Engulfing”, which both have been confirmed enough. Also, there’s a “High Wave” on the 21 Moving Average. Therefore, the price is likely going to reach the “Window” once again.