CHF/JPY recently reversed down from the resistance zone lying between the resistance level 112.30 (former strong support level which reversed earlier waves 3, (b) and (i), as can be seen from the daily CHF/JPY chart below) and the 50% Fibonacci correction of the previous sharp minor impulse wave (iii) from the end of April. The downward reversal from this resistance zone stopped the previous (iv)-wave of the active minor impulse wave 5.

CHF/JPY is likely to fall further to the next sell target at the support level 110.00 (low of the previous minor impulse wave (iii)). Sell stop-loss can be placed above the aforementioned resistance level 112.30. 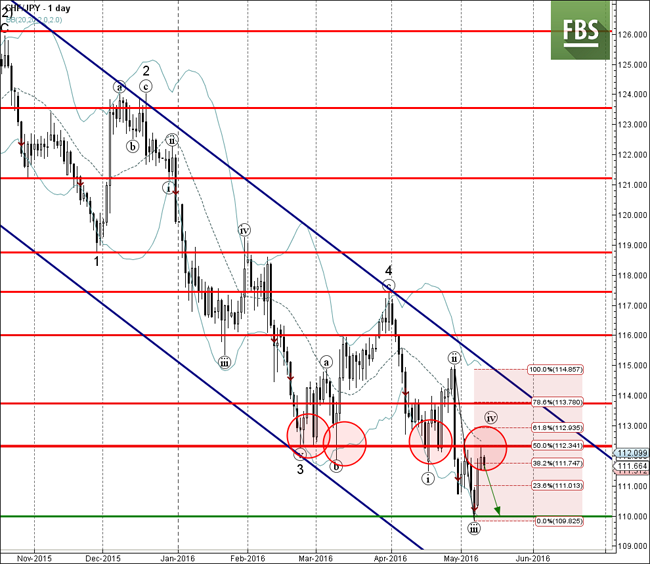