USD/JPY: bears are banging on the "Window"

There's a pullback from the 89 Moving Average, which led to the current decline. The price has reached the nearest “Window”, but we haven’t got any bullish patterns so far. Therefore, the market is likely going to get a support on the 21 Moving Average. If we see a pullback from this line, there'll be an opportunity to have a new high in the short term. As we can see on the Daily chart, there's a possible “Harami”, so the current correction is likely going to be continued. 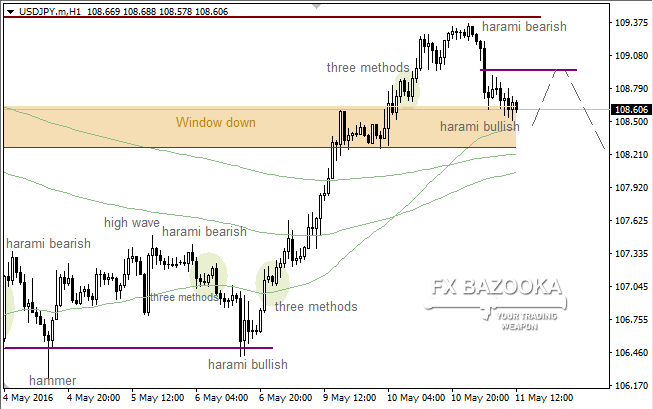 The pair has came back to the “Window” again. Previously, a “Harami” has been formed at the last high. The 34 Moving Average can act as a support, so a local correction becomes possible during the day. If we see a pullback from the middle of the last huge black candle, bears will have a chance to deliver a new low.