On Wednesday, the British pound dropped to the day’s minimums against its US rival following data, showing that British manufacturing output dipped at the fastest rate for almost three years in March, thus contributing to signs that British economy is slowing.

The Office for National Statistics posted that manufacturing output in Great Britain went down 1.9% in March from the same month a year earlier. It appeared to be the steepest annual sag since May 2013.

The dive was led by a 4% tumble in the manufacture of basic metals as well as metal products, especially iron and steel.

For the month, manufacturing output grew by 0.1%, missing forecast for a 0.3% surge, after dropping 0.9% in February.

Meanwhile, industrial output surged 0.3% in March and it appeared to be 0.2 below a year-over-year basis.

The figures didn’t point towards any revision of the estimate of the first quarter economic growth issued last month. 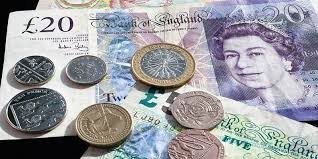