AUD/USD has been falling in the last few trading sessions inside the (c)-wave of the minor ABC correction 2 from the end of April. The price earlier broke the daily up channel from January, support level 0.7500 and the support zone lying at the intersection of the support level 0.7330 (previous sell target set for this currency pair) and the 50% Fibonacci correction of the previous sharp minor impulse wave 1 from January.

AUD/USD is likely to fall further in the accelerated (c)-wave toward the next sell target at the support level 0.7200 (coinciding with the 61.8% Fibonacci correction of the aforementioned impulse wave 1). 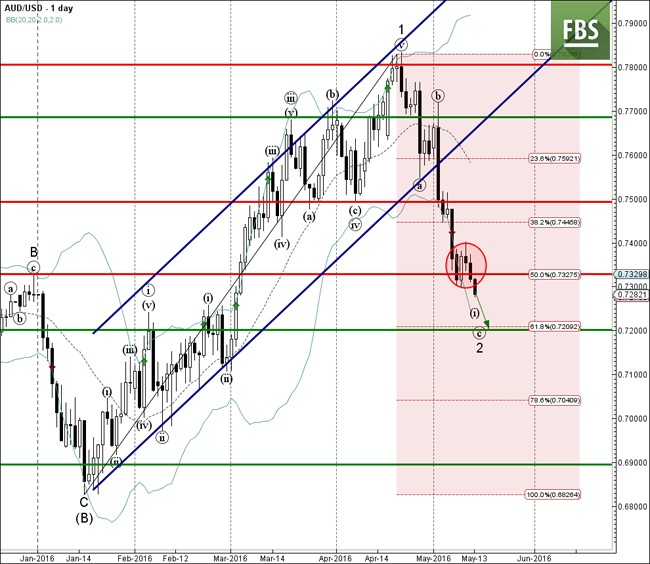