GBP/USD: bears escaped from the "Triangle" 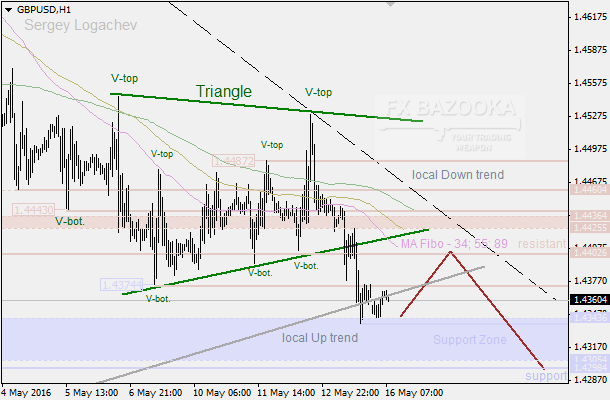 The previously formed “Triangle” was finally broken, which brought bears into the market. There’s an opportunity to see a local correction because of a pullback from the nearest support. Nevertheless, the price is likely going to decline afterwards, so we should keep an eye on the next support at 1.4298 as a possible sellers goal.