GBP/NZD continues to decline – following the earlier downward reversal from the resistance zone lying between the strong resistance level 2.1400 (which stopped the previous waves (iv) and (a)), upper daily Bollinger Band and the 50% Fibonacci correction of the previous sharp downward impulse wave from the start of January, as can be seen from the daily GBP/NZD chart below. The downward reversal from this resistance zone stopped the (c)-wave of the active minor ABC correction (ii) from April. 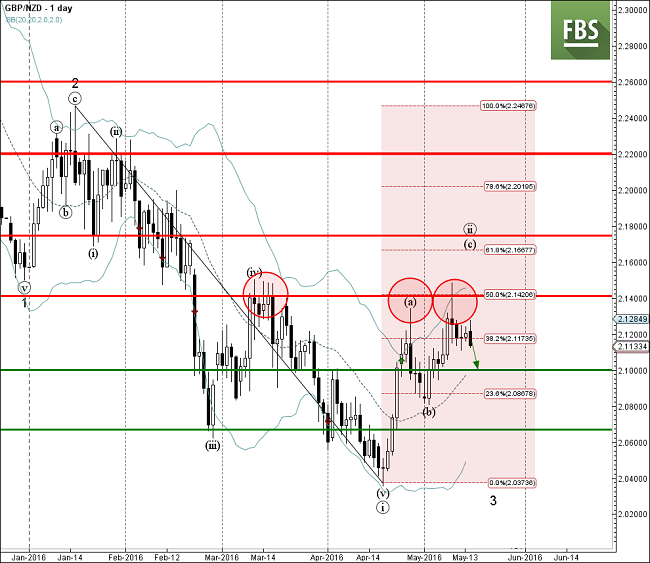