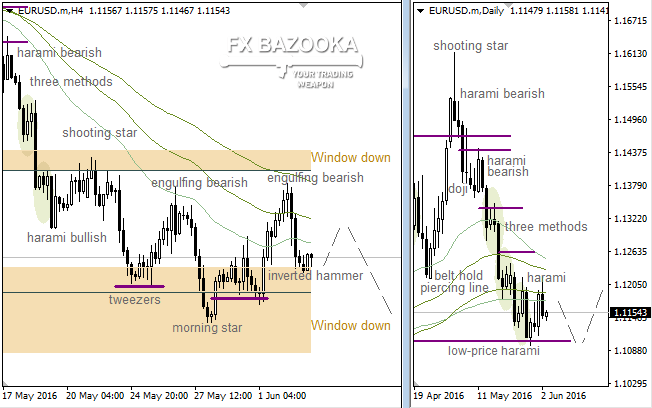 The price has been declining since an “Engulfing Bearish” arrived near the upper “Window”. However, an “Inverted Hammer” has just formed, so an upward correction becomes possible. It’s likely that the 34 Moving Average is going to act as a resistance. If so, bears will be free to move on. As we can see on the Daily chart, there’s a “Harami” on the 55 Moving Average, so the price is likely going to test the nearest support once again. 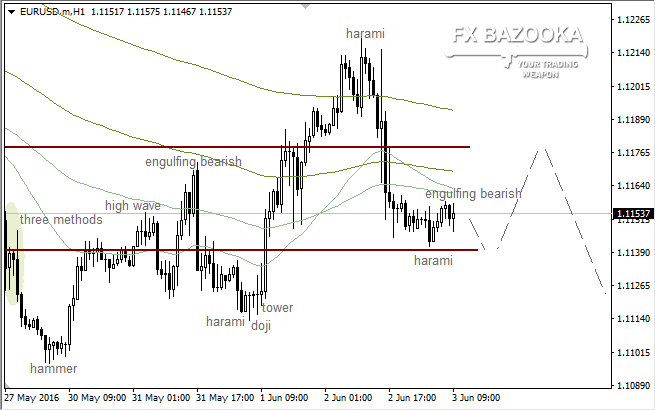 We’ve got a “Harami” at the last low, which could be just a beginning of coming upward correction. Also, there’s an “Engulfing”, so a local downward movement is possible during the day. If the price forms a pullback from the nearest support afterwards, bulls will likely try to continue the current correction.