GBP/NZD has been falling strongly in the last few trading sessions inside the minor impulse wave (iii) – which belongs to impulse 3 from the middle of January (which is itself a part of the extended intermediate impulse wave (3) from last November). The active impulse wave (iii) started earlier - when the pair reversed down from the resistance zone lying between the resistance level 2.2000 and the 50% Fibonacci correction of the previous sharp downward impulse from November.

GBP/NZD is likely to fall further toward the next sell target at the support level 2.0830 (low of the previous minor correction (b)). Strong resistance now stands at 2.140. 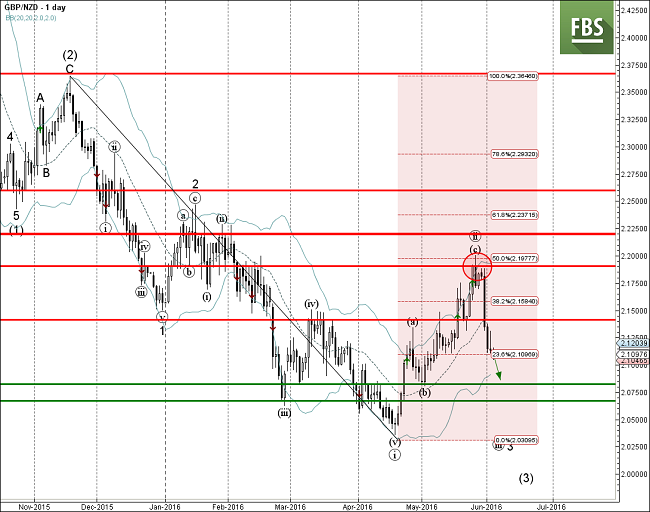