EUR/USD: bulls using the "Inverted Hammer" have broken all "Windows" 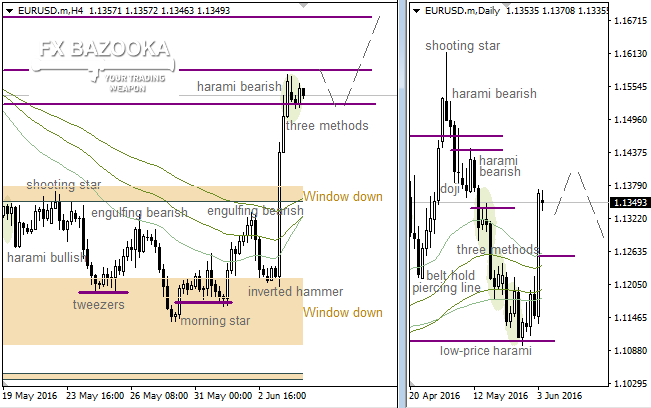 We’ve got a “Morning Star” and an “Inverted Hammer” on the lower “Window”, which both led to the current rise. Considering the last “Three Methods” pattern, bulls are likely going to move on. As we can see on the Daily chart, there isn’t any reversal pattern so far. However, a downward correction is probably coming, so we should keep an eye on the 21 Moving Average and the middle of the last white candle as a nearest target. 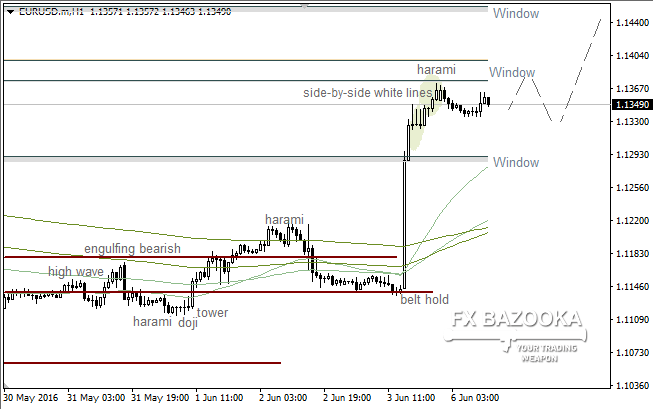 There’s a “Side-by-side white lines” and  a “Harami” at the last high. So, the current local correction is likely going to continue until any bullish pattern arrives.