EUR/USD jumped to 3-week high above 1.1370 on Friday on weaker-than-expected US nonfarm payrolls report.

Among the negative factors for the pair in the coming week we should cite loose policy of the European Central Bank – the ECB will start purchases of corporate debt on June 8 and giving new ultra-cheap loans to banks on June 22 – and worries that Britain may leave the European Union.

The ability of the pair to expand last week’s advance will depend on what the US Federal Reserve’s Chairwoman Janet Yellen says on Monday or, in other words, on the market’s perception of the US rate hike timing. As for the European news, pay attention to German industrial production on Tuesday, the speech of the ECB President Mario Draghi on Thursday and comments of German Bundesbank President Jens Weidmann on Friday. 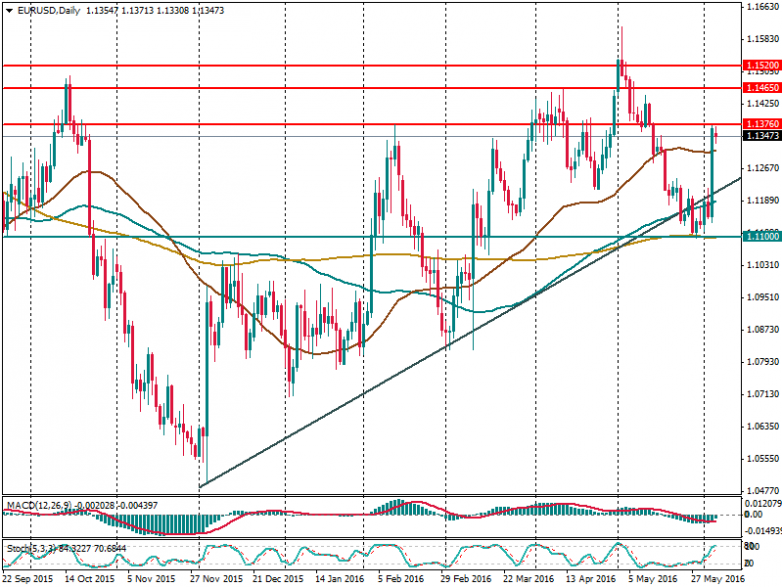