GBP/USD fell from the levels above 1.4700 to 1.4350. British pound was hit by a renewed wave of concerns that Britain will leave the European Union. The latest opinion polls show that 43% of voters want the nation out of the EU, while 40% say they support the campaign to keep the UK in the union.

The pair was supported by the 100-day MA. The 55-day MA has recently moved above this line and the daily Ichimoku Cloud is bullish. These are the signs that the market players are still buying sterling as the bears try to approach 1.4300. At the same time, the pair is very unlikely to overcome the 200-day MA just above 1.4700 before the Brexit referendum, which will take place on June 23. As a result, the odds are that we’ll see GBP/USD trading sideways ahead of this event. The bias should be to the downside.

As for this week’s economic calendar for the British currency, watch manufacturing production on Wednesday, goods trade balance on Thursday and consumer inflation expectations on Friday. From the US dollar side of things, the speech of the Fed’s Chair Janet Yellen later on Monday will determine the market’s expectations for the US rates and, consequently, demand for USD. 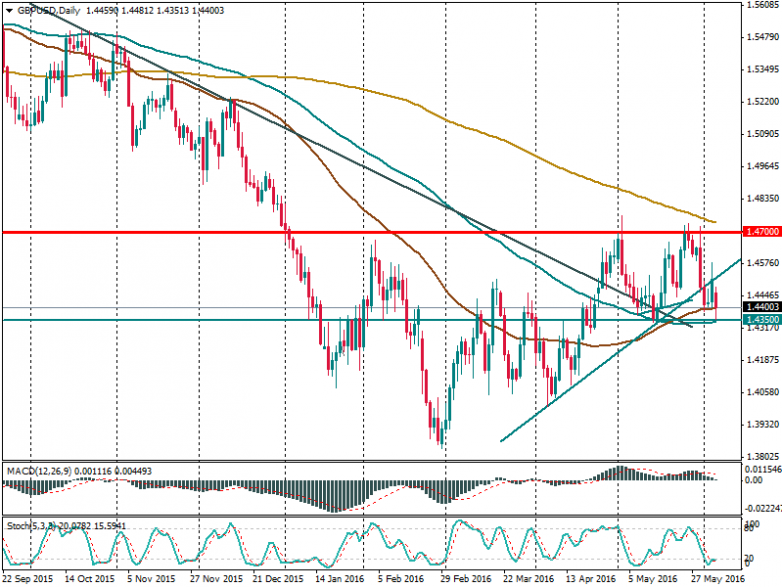