The most important event of this week will be the meeting of the Reserve Bank of Australia on Tuesday. According to the consensus forecast, the regulator will leave the benchmark rate unchanged at the record low of 1.75% after it cut it in May. The futures market is estimating the possibility of such outcome at 66%. However, it’s worth noting that Australia’s inflation is well below 2-3% target range, so many analysts think that the central bank may still have to cut rate in August. As a result, we don’t recommend long-term bullish positions on Australian dollar, only the short-term longs are possible.

From the US dollar side of things, the speech of the Fed’s Chair Janet Yellen later on Monday will determine the market’s expectations for the US rates and, consequently, demand for USD. 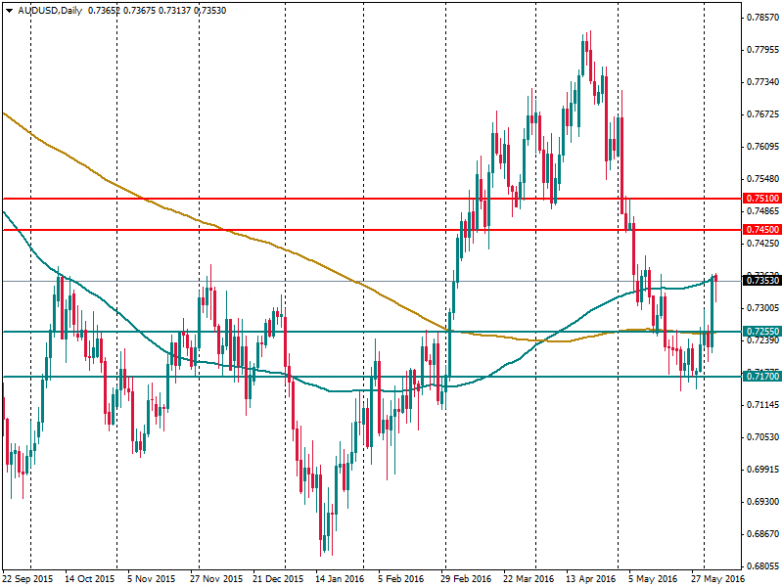