GBP/USD: A "Brexit range" on the way?

Recent Brexit referendum's headlines added more bearish momentum to the GBP pairs, because during the last weekend, according with Observer and Opinium polls, the odds are favoring with three points to the “Leave” option (43%), against the “Remain”, which has 40%, while another polls released by ITV and TNS are giving to the “Leave” a lead of four and two points respectively. Current situation is telling us about the favoritism that is gaining the Brexit and with that into perspective, plus the uncertainty which that produces, Sterling's uptrend will be limited before the referendum takes place.

In a technical outlook for GBP/USD, with that news mentioned above, it has been established a “Brexit range” between the 1.4710 and 1.4350 area, where the Cable will be moving on during the days approximately. After the Monday's Asia opening, pair posted another low around the 1.4351 level, where later it performed a rebound in an attempt to fill the bearish gap left during the weekend. 50-SMA is pointing to the downside and the 200 simple moving average, which is very close to the bearish gap, could act as dynamic resistance. A breakout below the 1.4350 should give more pressure on the Cable toward the 1.4200 psychological level in a first degree. 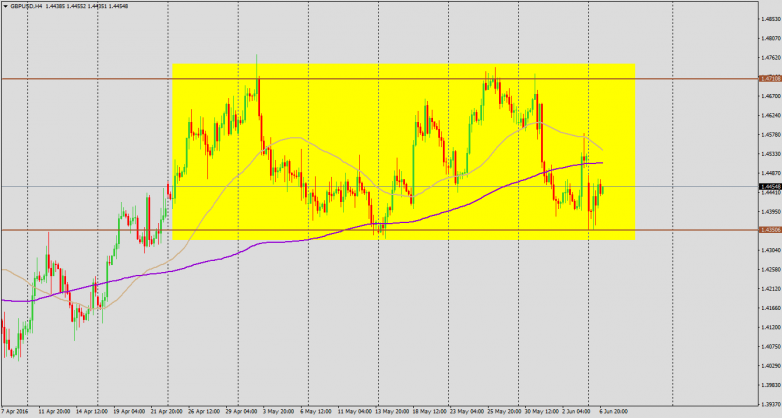