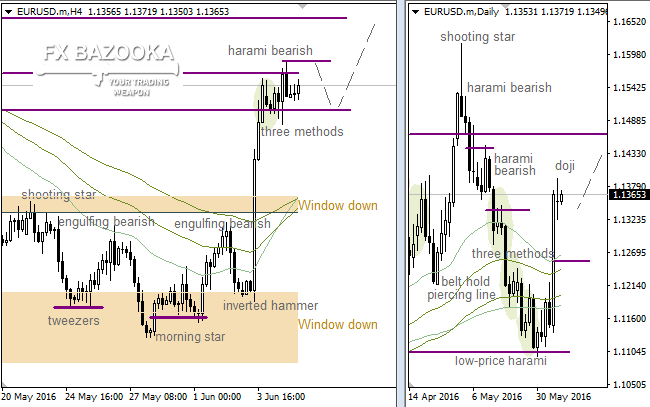 There’s a “Harami” at the last high, but its confirmation isn’t enough. So, the current flat is likely going to be ended shortly, which could bring an upward movement into the market. As we can see on the Daily chart, here’s a “Doji” at the local maximum, but this pattern hasn’t  been confirmed yet. Therefore, bulls are still in the game. 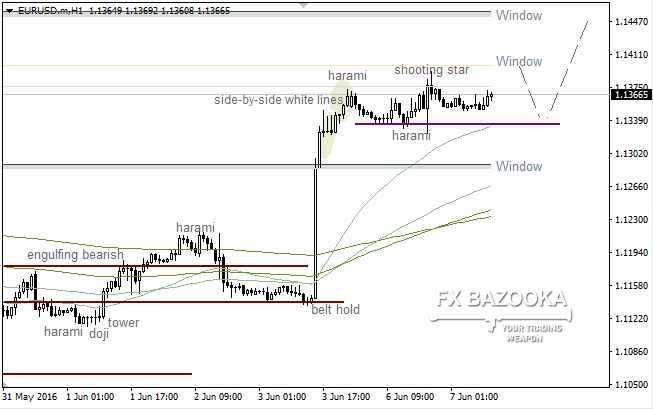 The two small “Windows” are acting as a resistance, so we have a “Harami” at the last low. In this case, the pair is likely going to test the nearest support line, which is strong enough to help bulls return into the market.