By 2020, Saudi Arabia is on the verge of cutting its public-sector wages and subsidies, thus scaling back the state largesse, which greatly assisted in ensuring political loyalty in the number one Arab economy.

The reductions have appeared to be a cornerstone of the National Transformation Program approved by the country on Monday. A crucial element of the Vision 2030 plan disclosed by Mohammed bin Salman, Deputy Crown Prince in April, its primary targets suggest cutting public-sector wages to approximately 40% of spending by 2020, down from today’s 45%. By the way, the country’s public debt is gradually approaching to 30% of economic output from today’s 7.7%.

The tumble in crude profits prompted Prince Mohammed to get down to the most impressive economic shakeup in the country’s history by trying to minimize the reliance on hydrocarbons. Prince Mohammed offered measures the previous rulers stood away from. They utilized some of the windfall from crude exports for the past decade to generate government jobs. 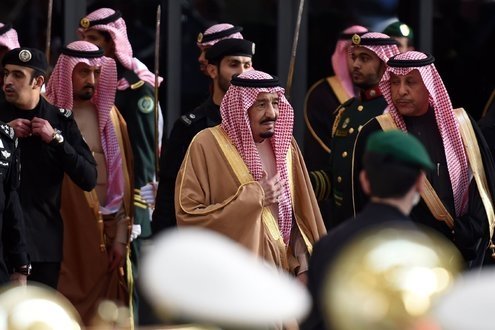