USD/JPY: bulls are on the way towards the "Window" 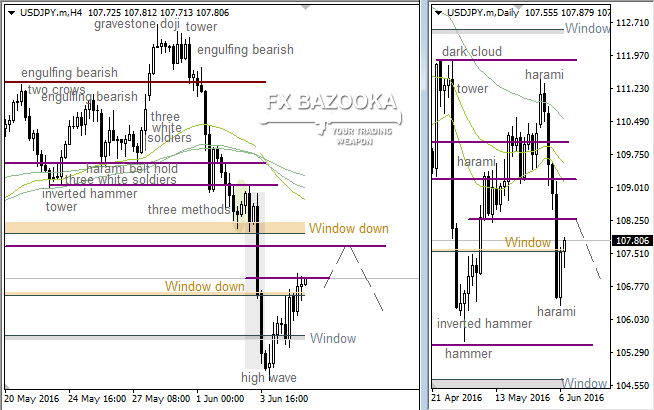 There’s a “High Wave” at the last low, which led to the current upward movement. Considering that we haven’t got any reversal patterns so far, bulls are likely going to move on towards the nearest resistance line. As we can see on the Daily chart, here’s a “Harami” at the local low, so the price came back to the “Window” nearby. Therefore, the market is going to rise in the short term until any reversal pattern arrives. 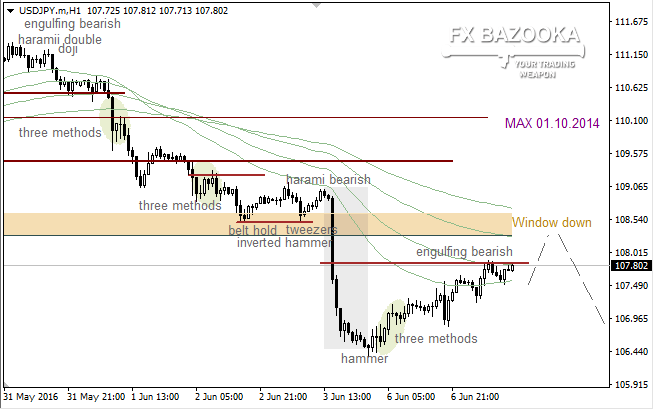 The price has been rising since a “Hammer” formed at the local low. Finally, bulls achieved the middle of the last bearish movement. Moreover, here’s an “Engulfing”, but it hasn’t been confirmed. So, the pair is likely going to test the “Window”, which is near the 55 Moving Average.