Later today after the U.S session at 21:00 GMT will be released the RBNZ monetary & rate Statement, where it's expected to hold the 2.25% which hasn't been changed since March 9th (decreased from 2.50% to 2.25%). The topics that are still concerning to the officials remain the same: weak economic conditions in China, the global concerns about the world's economy and low import prices, which has the inflation into a weakness bias. Latest monetary statement stated that further easing can happen in order to reach the inflation targets.

Around 23:00 GMT, RBNZ is expected to hold a press conference, where possibly the NZD could have a more clear road to follow in charts. The technical picture for NZD/USD at H4 is showing a bullish consolidation above the 200 SMA and a support can be found at the 0.6907 level. If RBNZ monetary policy statement is hawkish, pair could test the resistance zone of 0.7044, but dovish words from RBNZ's officials could give a bear's stampede to the Kiwi, possibly breaking the support zone of 0.6907, toward the 0.6800 psychological level. 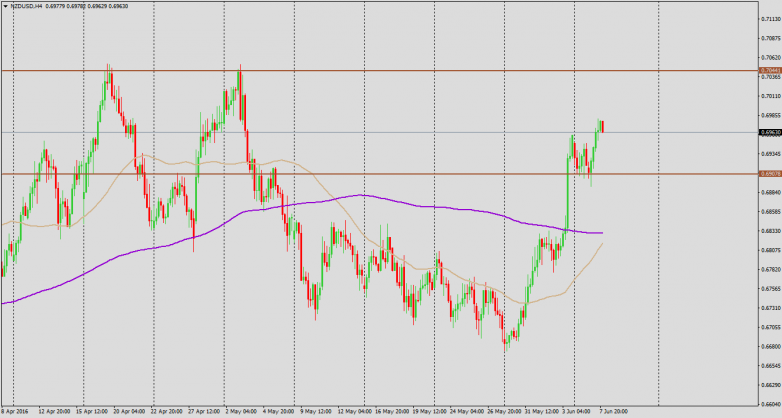