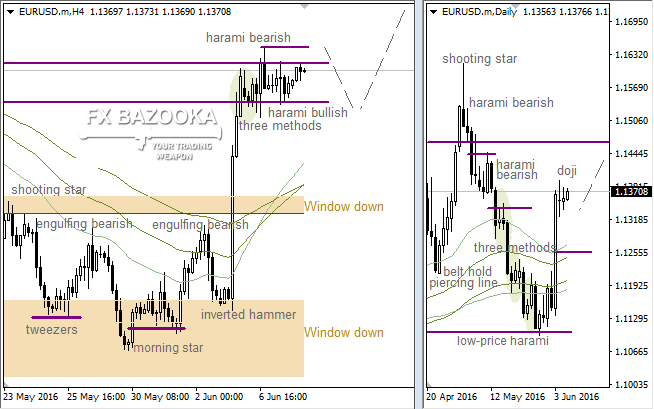 We’ve got a bearish “Harami” at the local high, but this pattern hasn’t been confirmed enough. However, there’s also a bullish “Harami”, which is conversely has a confirmation. Therefore, the market is likely going to rise until any reversal pattern arrives. As we can see on the Daily chart, here’s a “Doji” at the last high, but its confirmation hasn’t formed yet, so today’s candle will have a chance to be white. 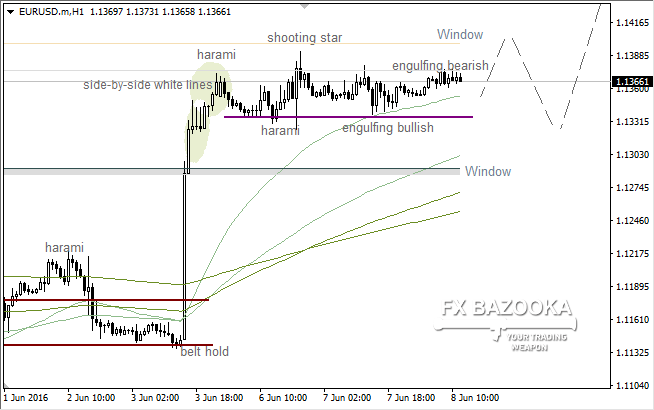 There’s an “Engulfing Bullish” on the 21 Moving Average, which has confirmed the previously formed support level. At the same time, we’ve got an “Engulfing Bearish” near the two small “Windows”, so the current intraday flat is likely going to be continued.